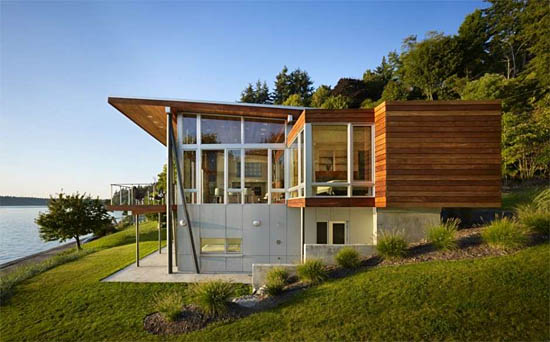 The Vashon Island Cabin is a remodeling of a previously existing cabin which was partly demolished and reconstructed to make better use of the limited space allowed for the building.

This project consists of the remodel of an existing one story cabin with a daylight basement. Because of tight site conditions regarding an existing drain field we were not allowed to occupy any further ground area. This constraint coupled with the clients desire for a complete reorganization and enhancement of the main floor spaces, resulted in the decision to demolish the structure down to the main floor. Recognizing the need for some additional floor area, the idea developed to insert a wood “box” resting on the existing  floor and cantilever over the existing basement walls, thus not affecting the existing drain field. 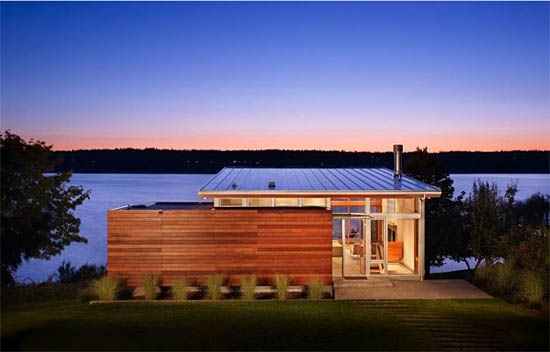 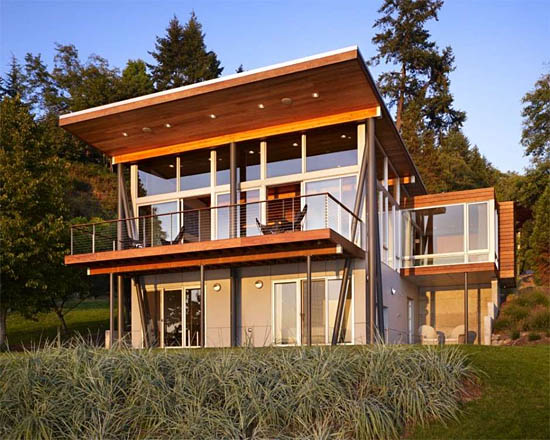 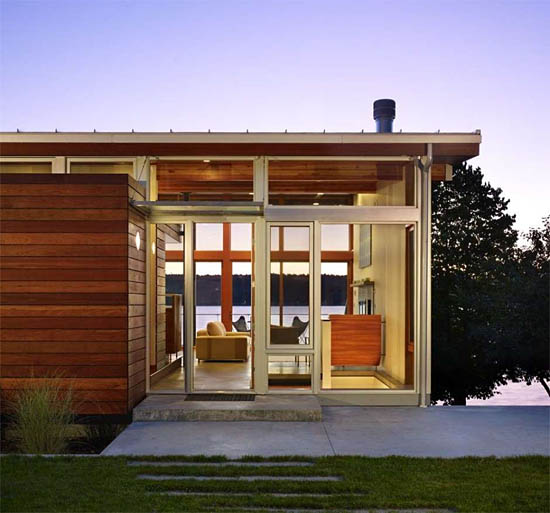 This wooden box contains the master bedroom, bath and kitchen. The exterior form and materials of the box are continued to the interior, while clerestory windows separate the box from the new shed roof above. Thermally broken aluminum curtainwall is used for the extensive glazing of the main floor living spaces. An existing masonry, fireplace and wall on the north side of the cabin are the only elements preserved at this floor from the existing cabin. Large sliding doors open onto a rebuilt wood deck to the west and allow for easy movement from the interior for entertaining.

The daylight basement has been developed into two bedrooms, bath and TV area. 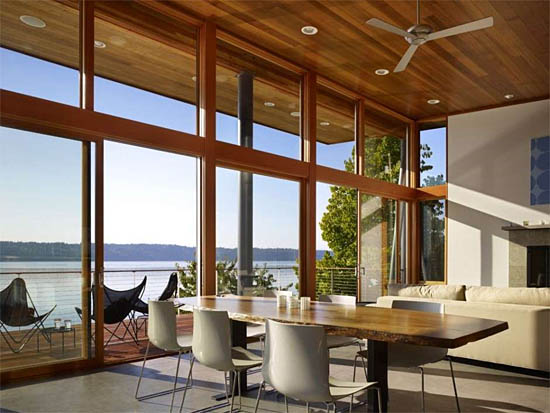 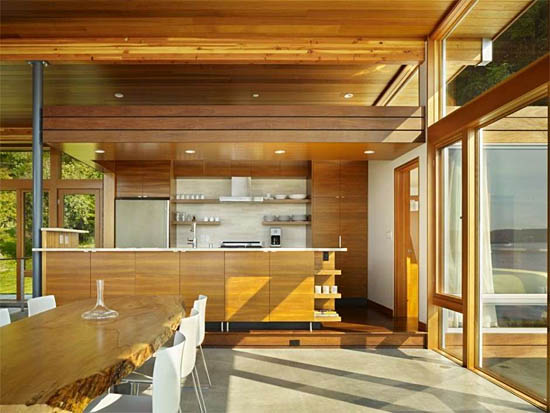 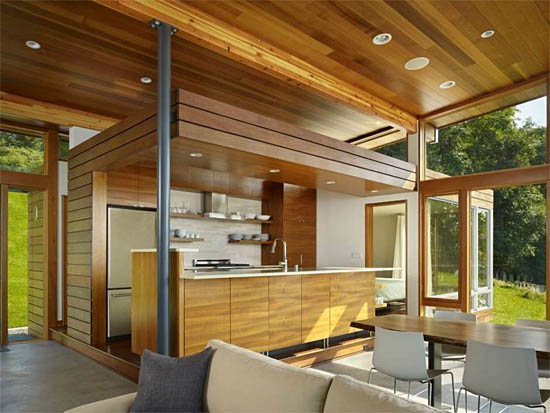 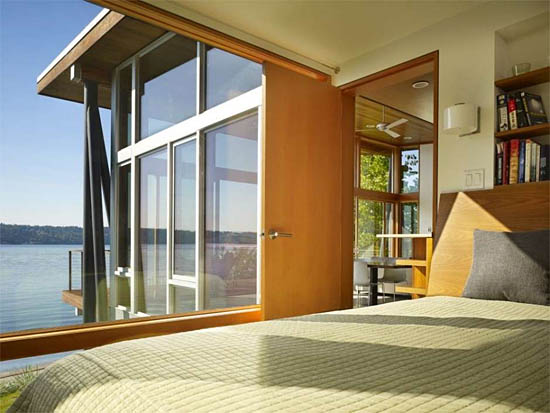 Nursery in the park by Santiago Carroquino Arquitectos 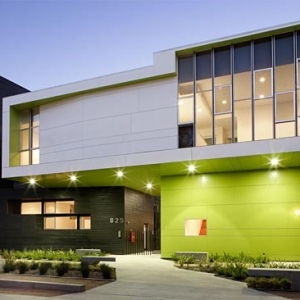 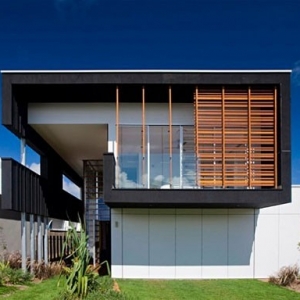 SheOak house by Base Archtiecture 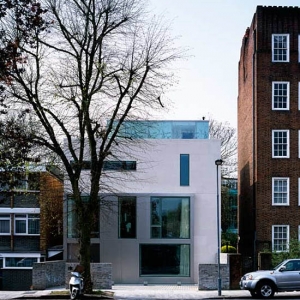 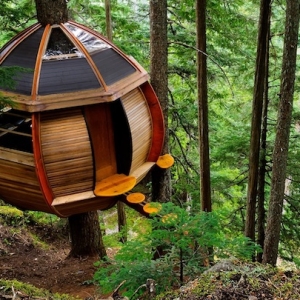