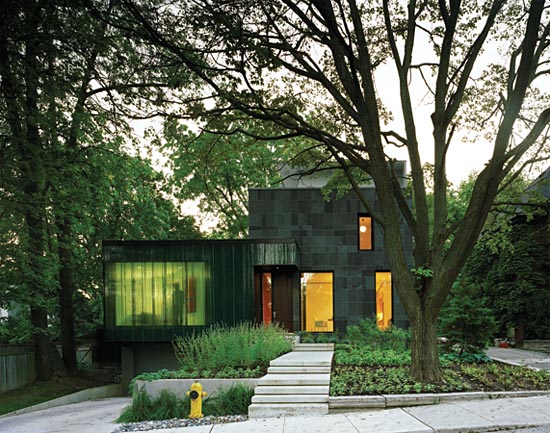 Created to maximize the use of natural light while keeping the privacy to its owners, the Cascade House is an example of great planning and well executed ideas.

Located in Toronto, Canada, this 352 m2 residence sits amongst the old growth trees and traditional houses of the Forest Hill community. Perched on a gently sloping site, the house is a marriage of environmentally responsible building strategies and elegant architectural composition. The design is shaped around the concept of making visible the architecture as interface between habitation and landscape. 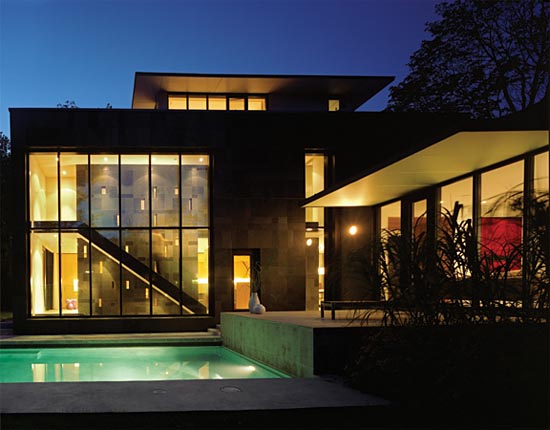 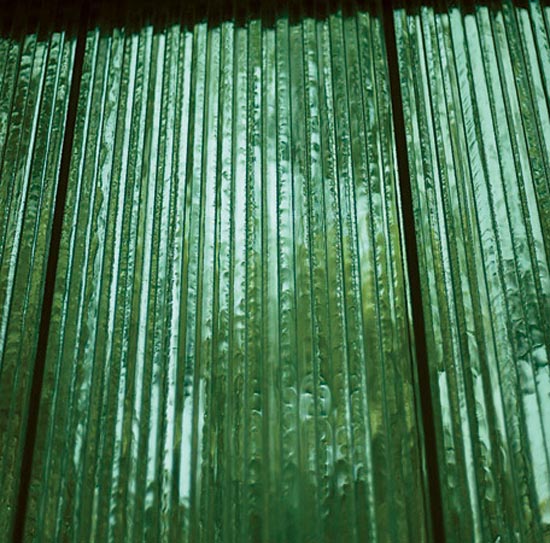 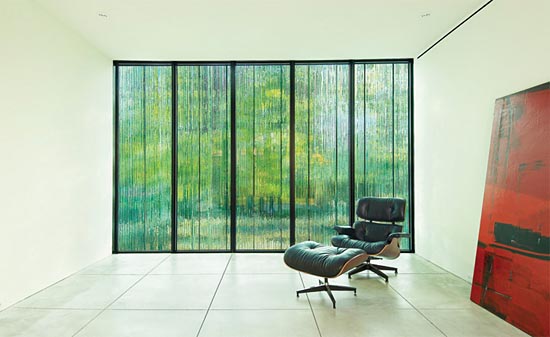 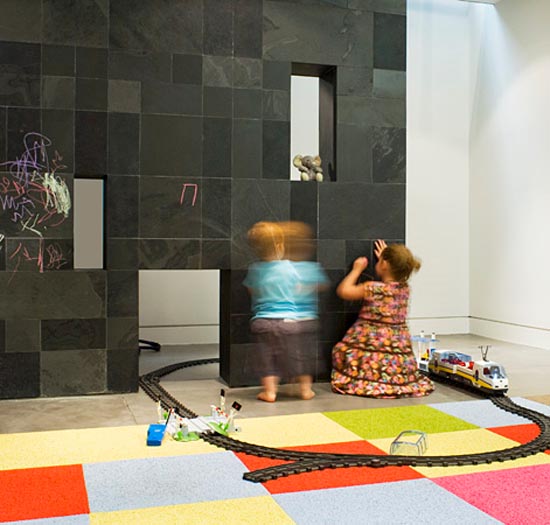 Oriented on a strict Cartesian axis, the house is designed to maximize its potential for natural light. The integrated design combines a high-performance building envelope with passive solar design systems as an effective environmentally-responsible strategy for its northern context. A two-storey tall expansive window along the building’s south facing elevation allows the low winter sun to penetrate and warm the house. An internal triple height slate wall captures available solar energy and keeps the house warm during evening hours. Smaller apertures within the wall dapple adjacent rooms with light while its resonance within the house frames views and anchors internal circulation. 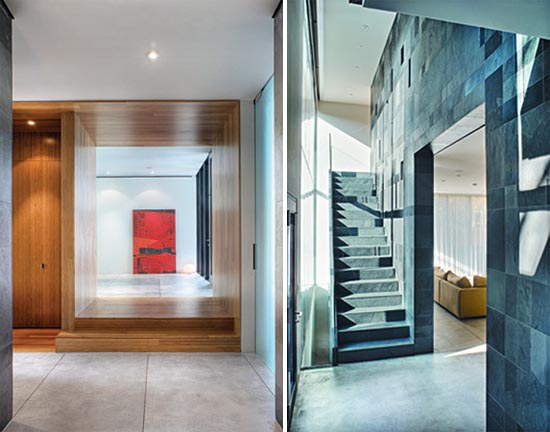 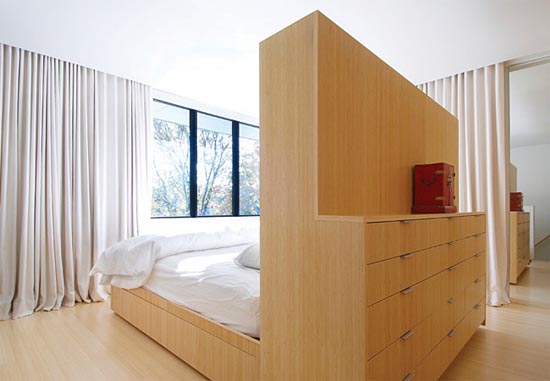 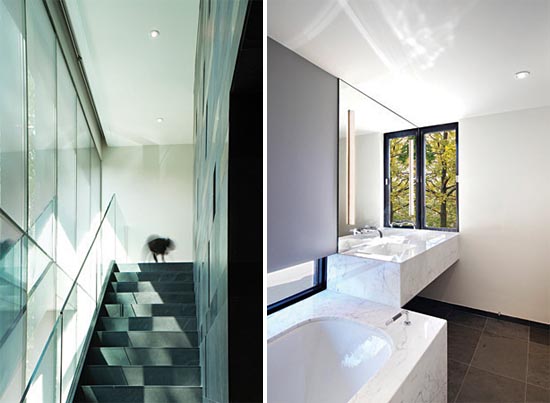 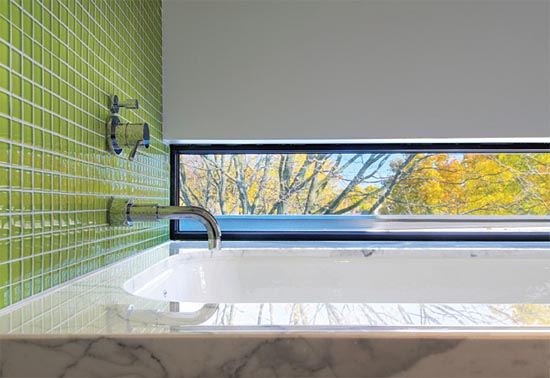 Along the street façade is a prominent glass privacy screen made from 475 panels of 19mm vertically stacked glass. Set in a crenellated pattern, this sculptural screen allows a maximum diffusion of light while providing visual privacy from the street. The screen also becomes a striking element when viewed from the street. Even on the greyest days of the year, its subtle shifts in colour and texture imbue the street with vitality. When viewed from the interior, the ethereal light quality evokes being caught up in the crest of a wave or being suspended behind the cascade of a waterfall. At its opposite end, the room opens out to a generous terrace and pool, extending the interplay of light and water in a continuous flow between interior and exterior space.

Here is a timelapse video of the Cascade House facade: 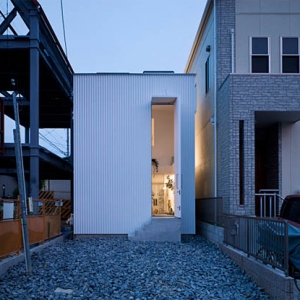 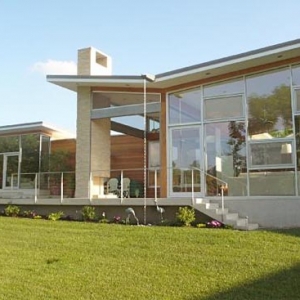 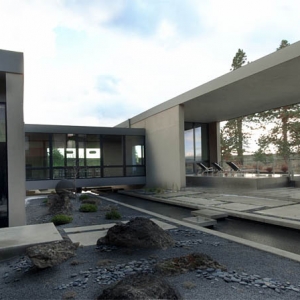 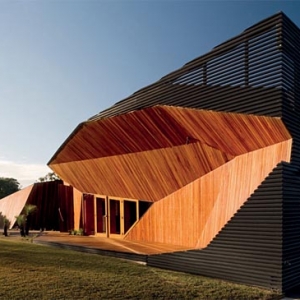