Ah, brussel sprouts. These little green cabbages are one of the most controversial vegetables out there. You either love them or hate them. However, if there is one thing we can all agree on is the many health benefits they come with. That’s exactly why they are making a comeback into our kitchens. And because now finally as adults we’ve learned that there are plenty of ways we can make them delicious! Stir-fried with bacon, shredded into a salad, grilled with balsamic vinegar, or air fried with Parmesan, these tasty morsels are as easy to grow as they are to eat.  Brussels are a stalwart among winter vegetables. They have the best flavor when harvested after being frosted. Believe us, it’s superior to anything you can buy in the supermarket. That’s why today, we are going to show you how to grow Brussel sprouts and harvest them! 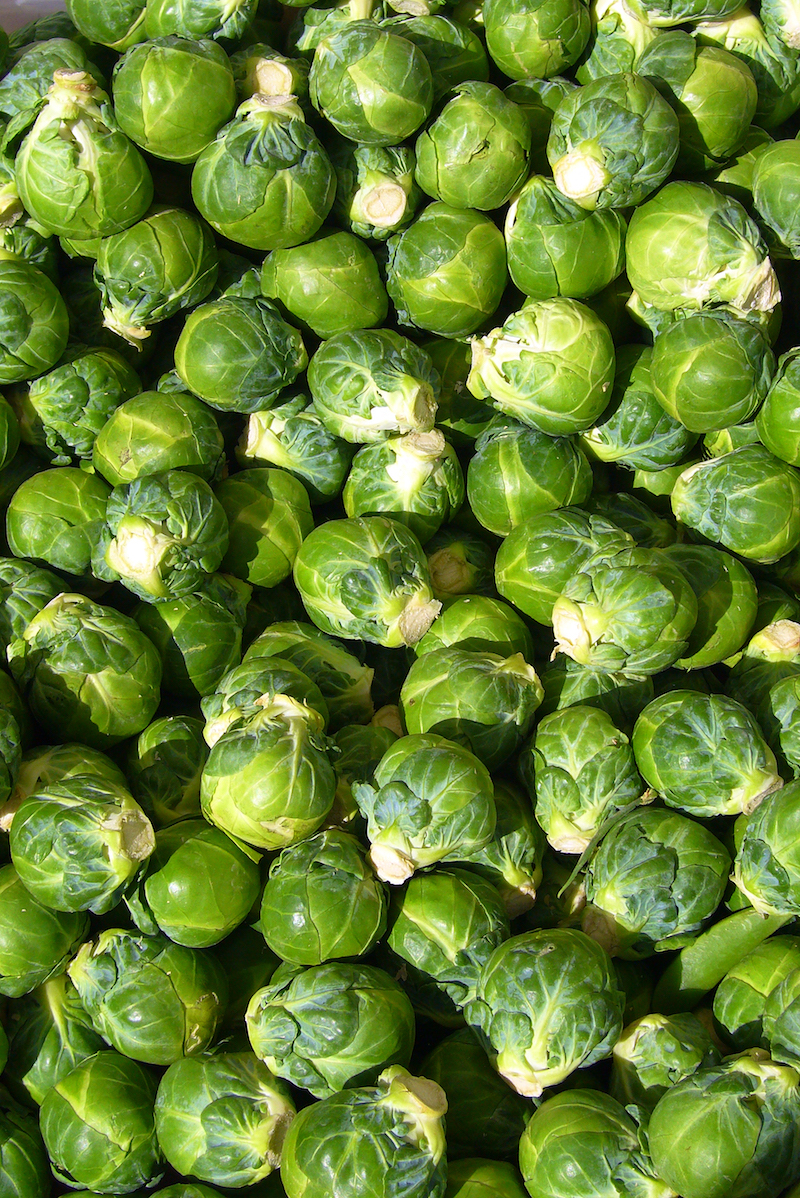 Where Do Brussel Sprouts Come From?

It descended from wild mustard that grew in the Mediterranean and was first cultivated in Ancient Rome. However, later on it was refined through gentle selection to create the veggie we know and love today. As this selecting was done near Brussels, Belgium, this is where the name comes from. The plant made its way to North America around 1800. Part of the cabbage family, Brussels sprouts can be grown in just about any home vegetable garden, or even in a pot, as long as you have patience.

Brussels sprouts descended from wild mustard that grew in the Mediterranean 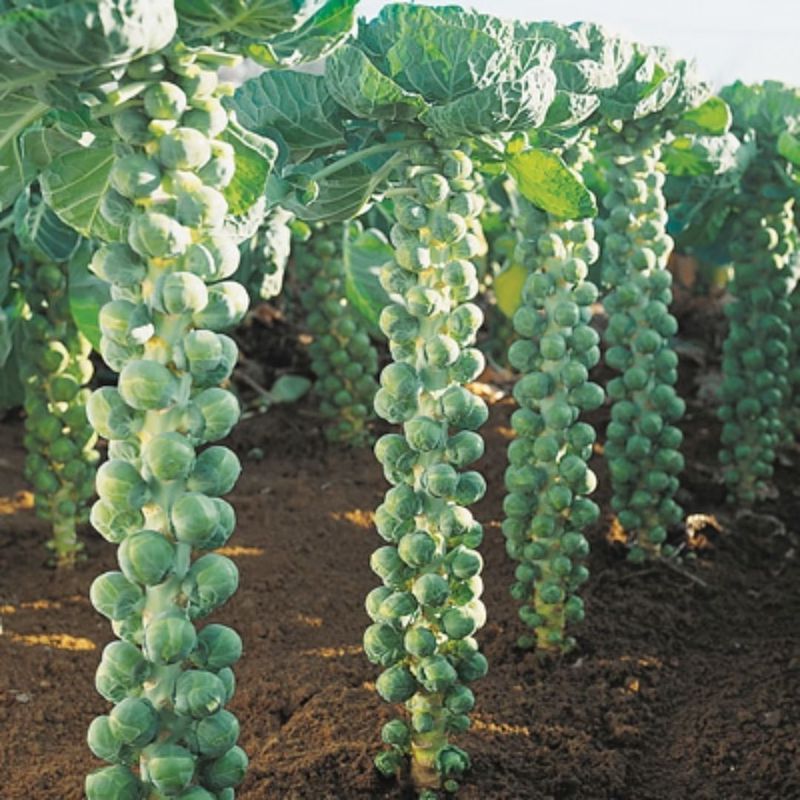 Are Brussels Sprouts Easy To Grow?

A lot of people feel intimidated when it comes to growing brussel sprouts. However, it’s actually quite easy. They require almost no care once they’ve been planted. But these easy-to-grow plants do require quite the long period of cool weather to produce. So just as long as you have the space and the right period of cool weather, they’re a breeze!

How to grow brussel sprouts 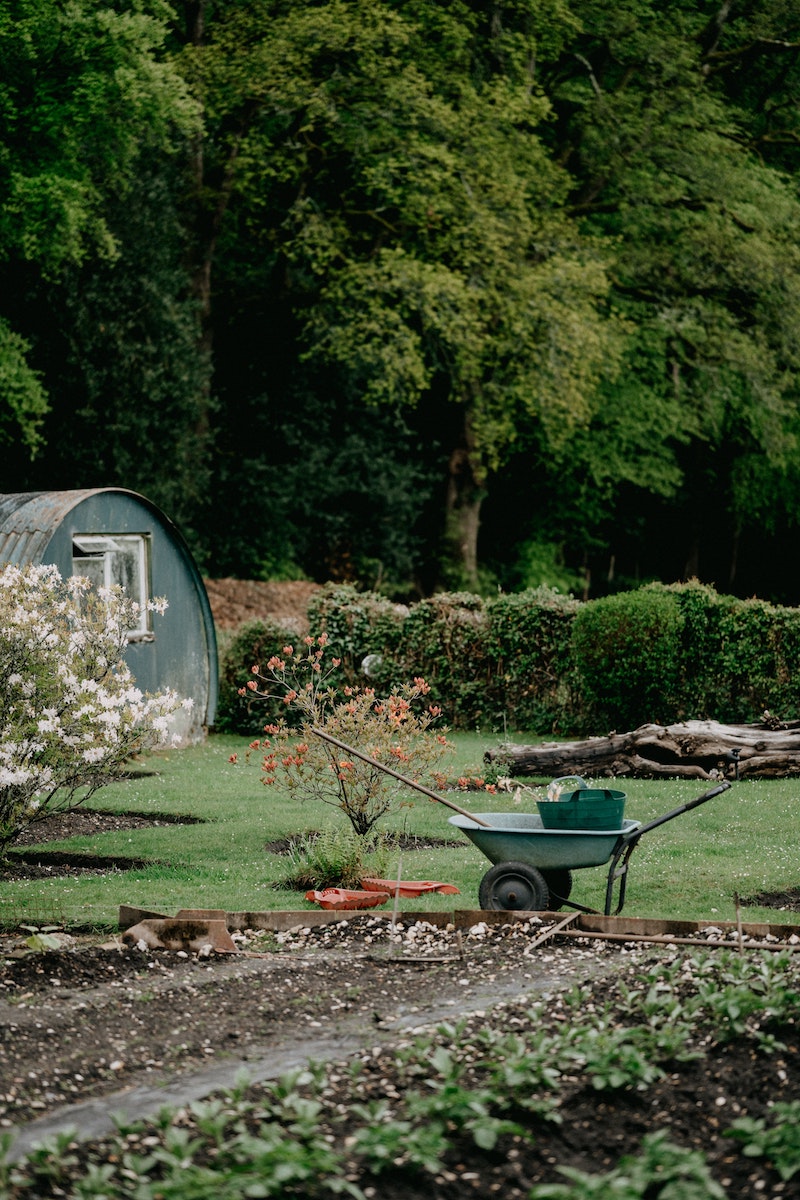 How Long Does It Take To Grow Brussel Sprouts? 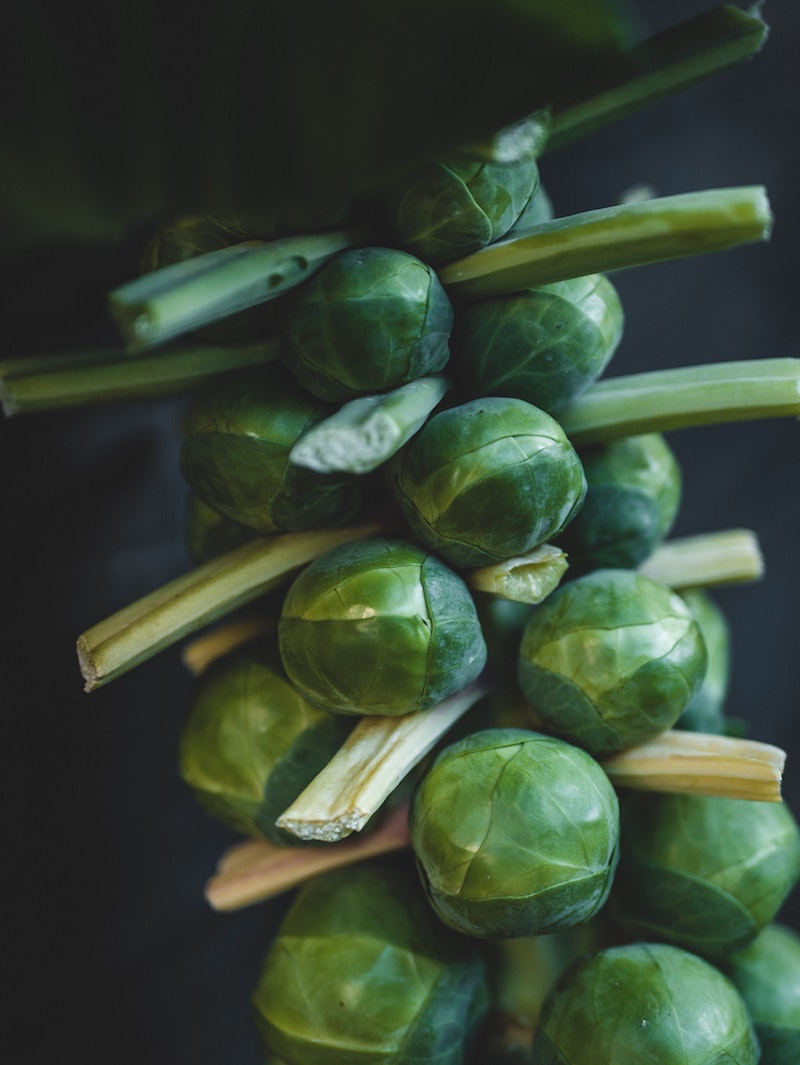 What Month Do You Plant Brussel Sprouts?

Plant seedlings in the garden or in a pot six to ten weeks before the first expected frost. Brussel sprouts are best as a fall crop with a long growing season that starts 6 months before your first fall frost. You can also plant them in the early spring too – February or March. However, keep in mind that sprouts that ripen in the heat don’t taste nearly as good as those that ripen after a light frost. 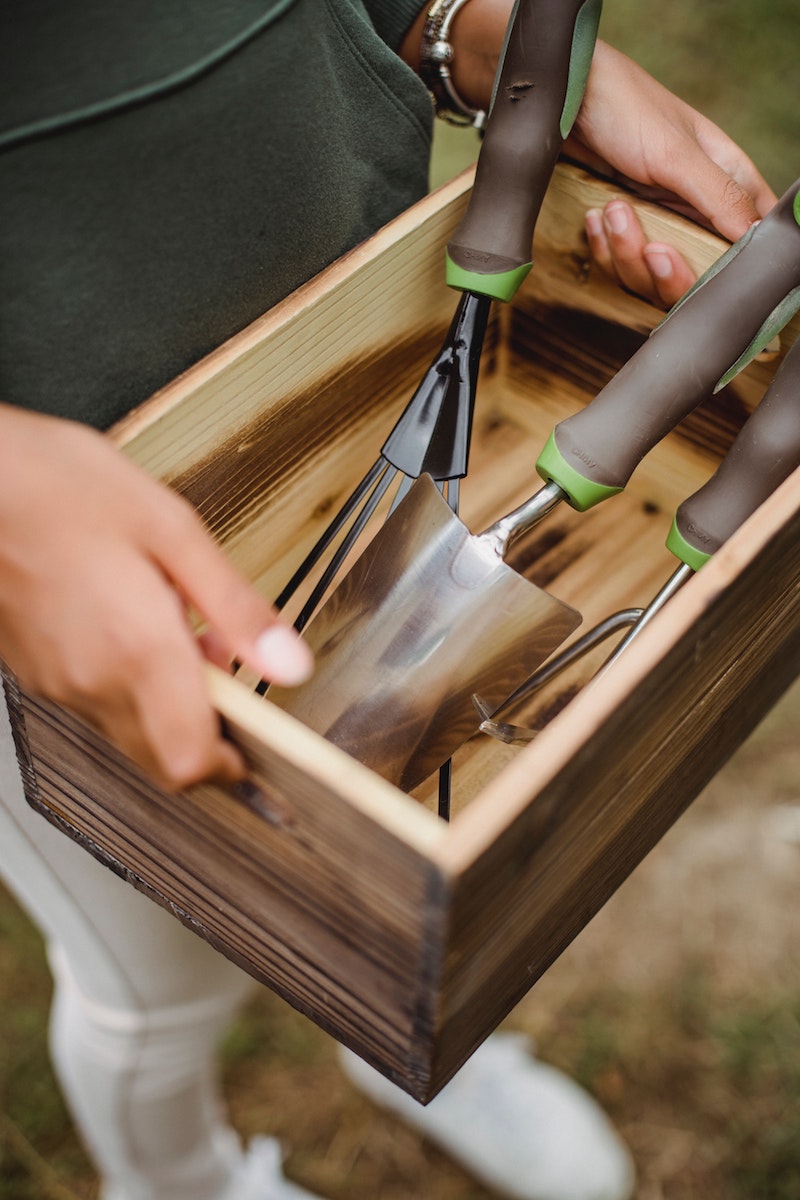 How To Grow Brussel Sprouts From Seed?

You can grow these plants both in your garden, and in a pot. The great thing is that there isn’t much difference when it comes to how to take care of them. However, if you decide to grow brussels sprouts in a pot, look for one that is at least 500-600 mm, like a half wine barrel. And make sure to only grow 1 plant per pot. Okay, so let’s see how to grow brussel sprouts overall.

You can grow these plants both in your garden, and in a pot 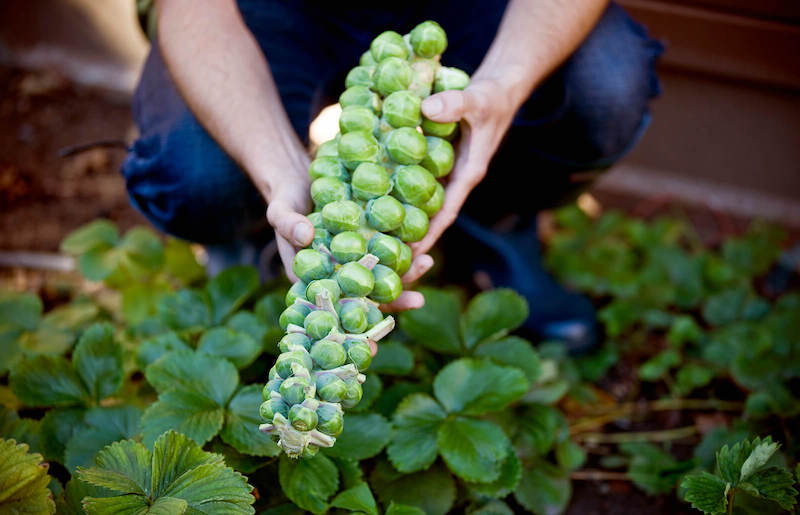 Choose and Prepare a Planting Site

Have beds that are raised. In the fall and the spring, temperatures aren’t consistent. Add some aged manure into the soil at least some days before you decide to transplant the seeds. Since the plants reach at least two to three feet, you need to have a planting plan insight. 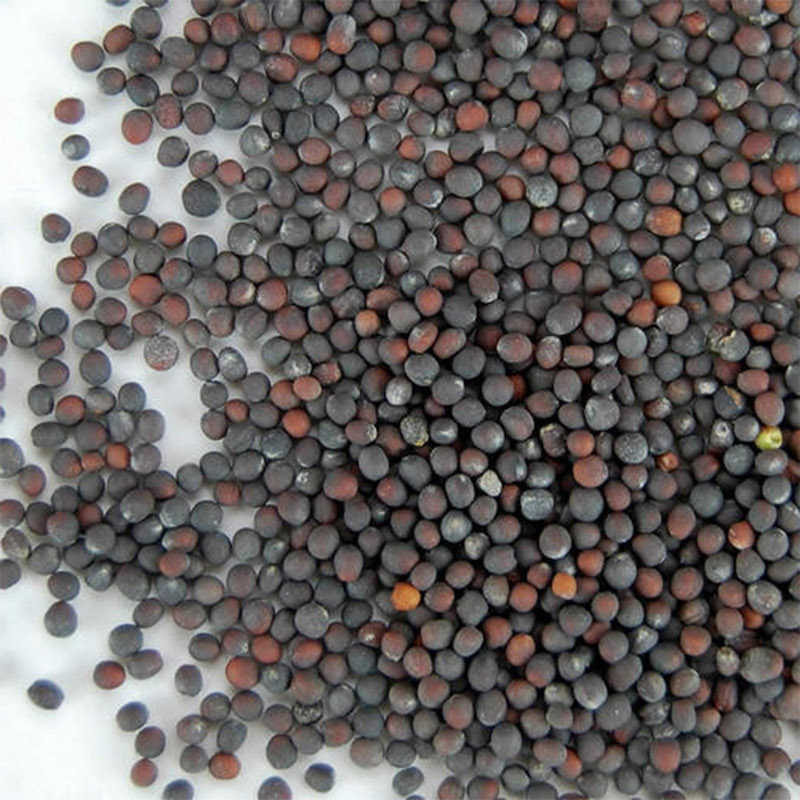 Sprouts are a brassica. This means they need the same process for starting like broccoli, kale, cauliflower, and cabbage. People who are in areas with colder weather – start your seeds inside. Do this at least two to three weeks before spring’s last frost. If the place you live in has a mild climate – start mid-summer in the garden. If the winters are warm, and you never have freezing temperatures – plant mid-/late-winter and in the garden. However, if you have hot weather, keep them inside to protect them from the heat.

Sprouts are a brassica 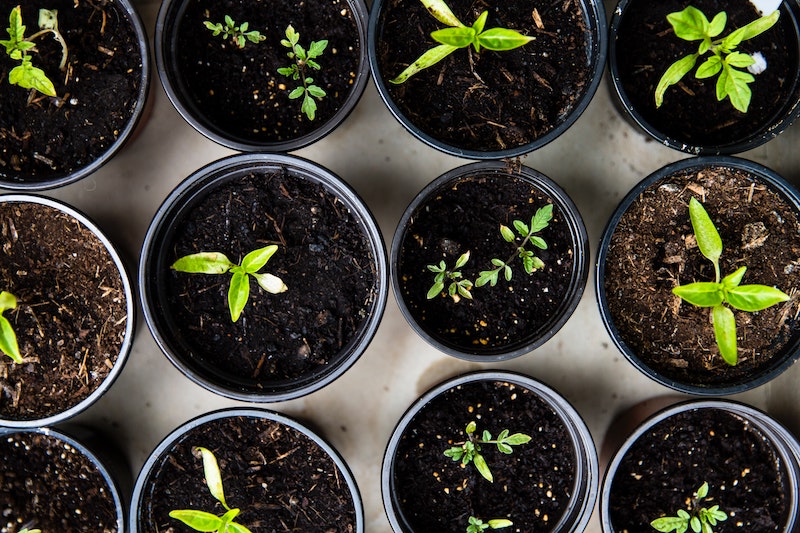 How To Start Seeds 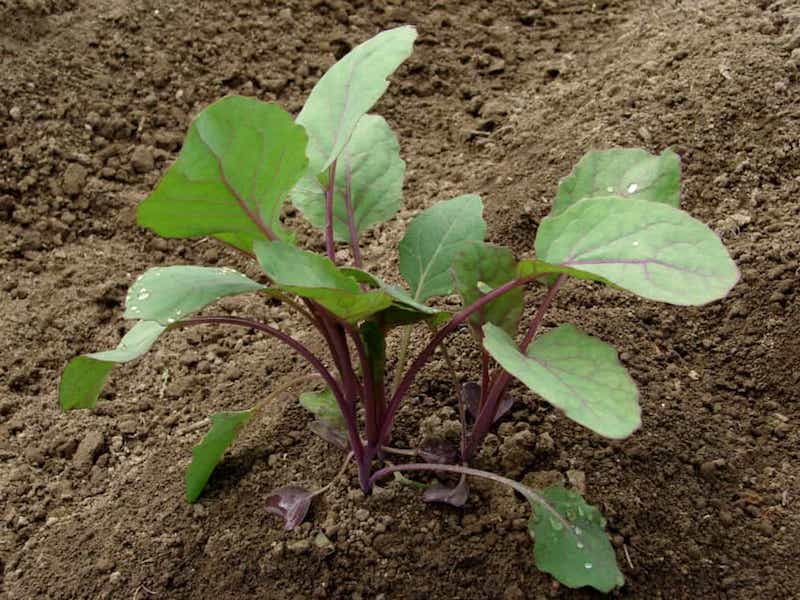 When the seeds get to be around 3 inches tall, it’s time to move them to the garden. Seedlings mustn’t become root bound. You can stun them if they have roots already. Keep the well watered. Make sure to space them at least three feet between rows and 18 inches apart. They also need to be sowed 2 to 3 inches apart. 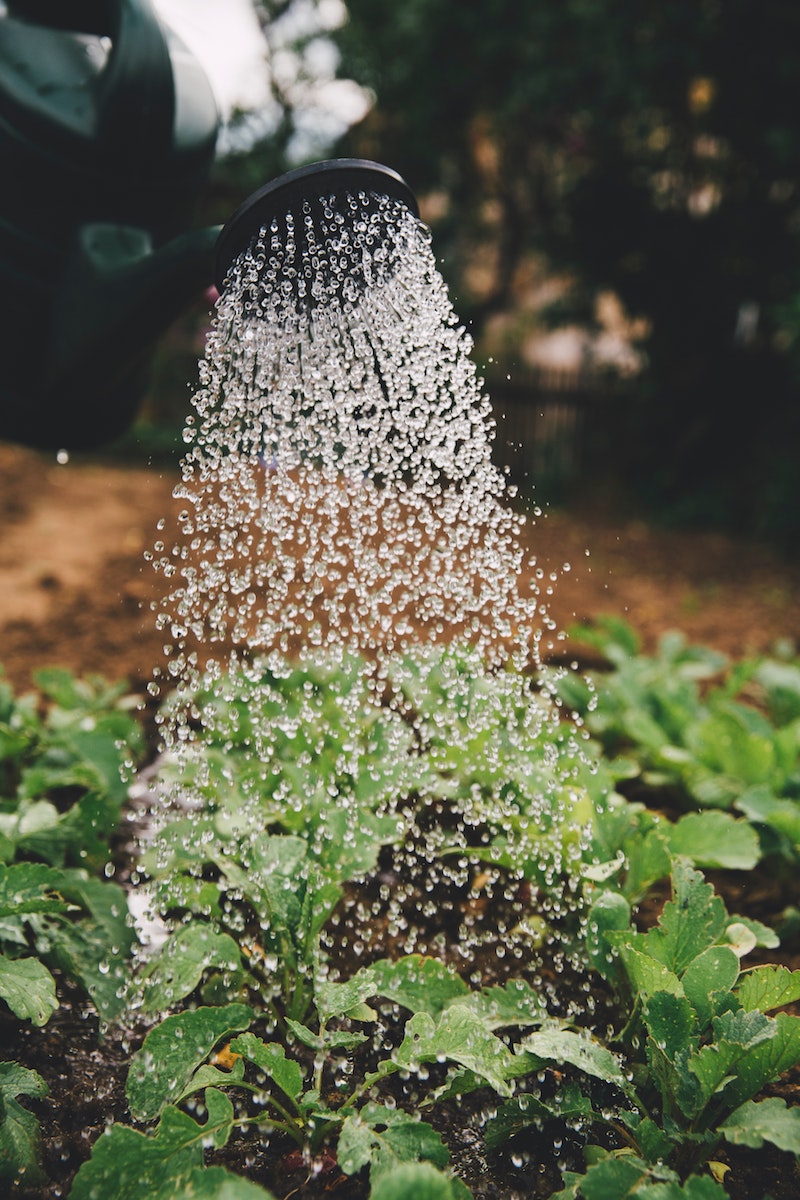 Use mulch to help protect the plant 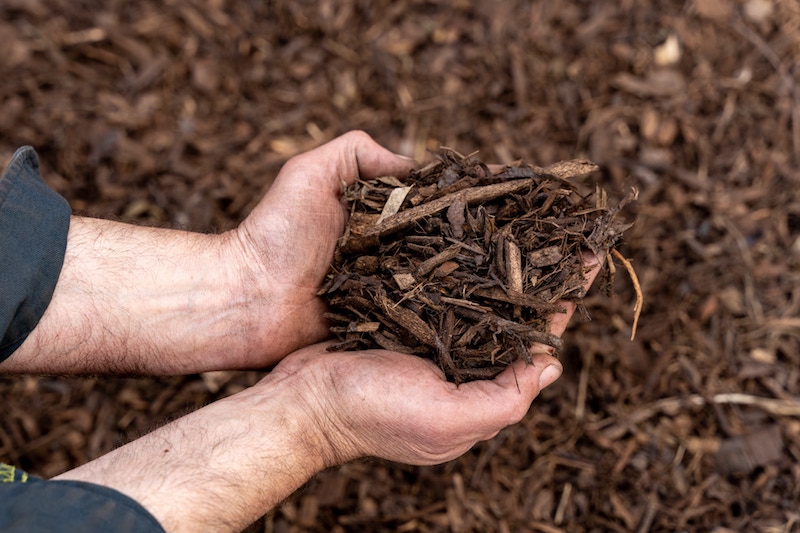 Brussels sprouts tend to be followed by diseases such as black rot, blackleg, and clubroot.And just like broccoli and cabbages have the same pest problems. This icludes the Harlequin bug, maggots, worms, cabbage loopers and more. Since they are late-season crops, you should check on them often and well in order ro avoid these problems from occuring. 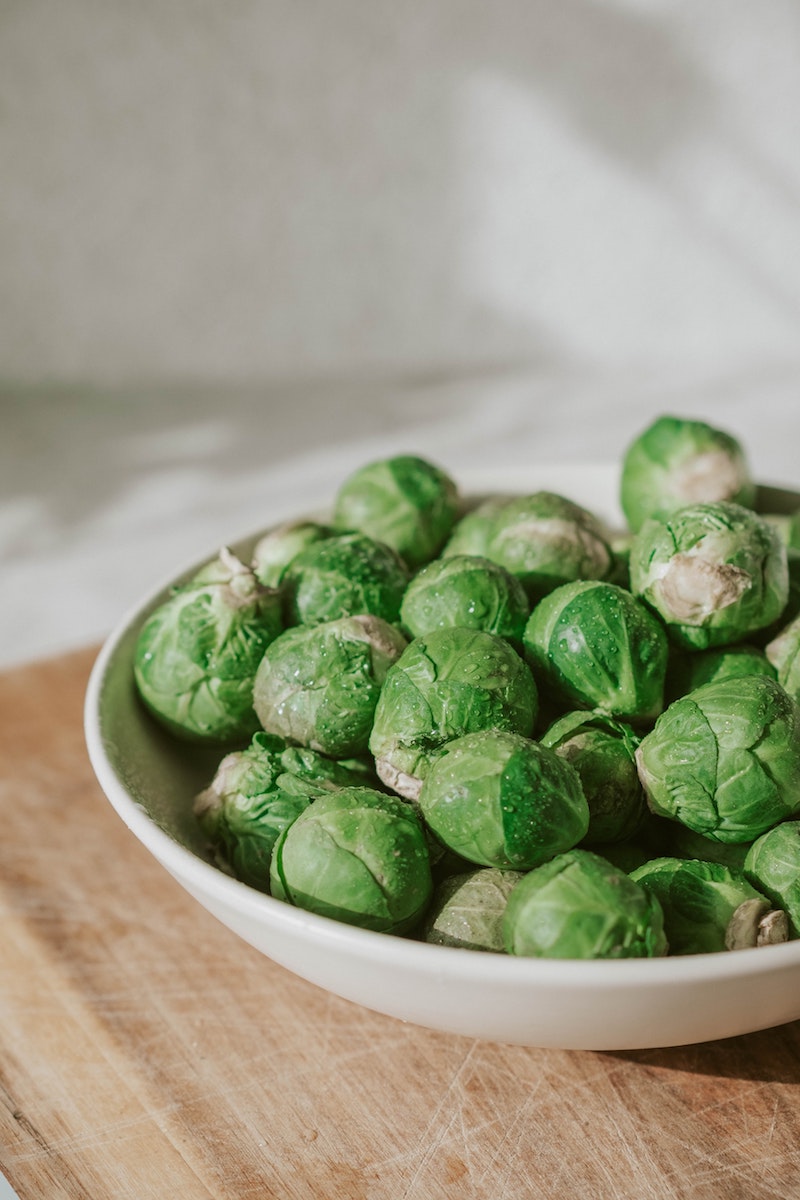 When To Harvest Brussel Sprouts?

Okay, now that we’ve planted and grown our brussel sprouts it’s time to harvest them! Here is how and when to correctly harvest your little cabbages. 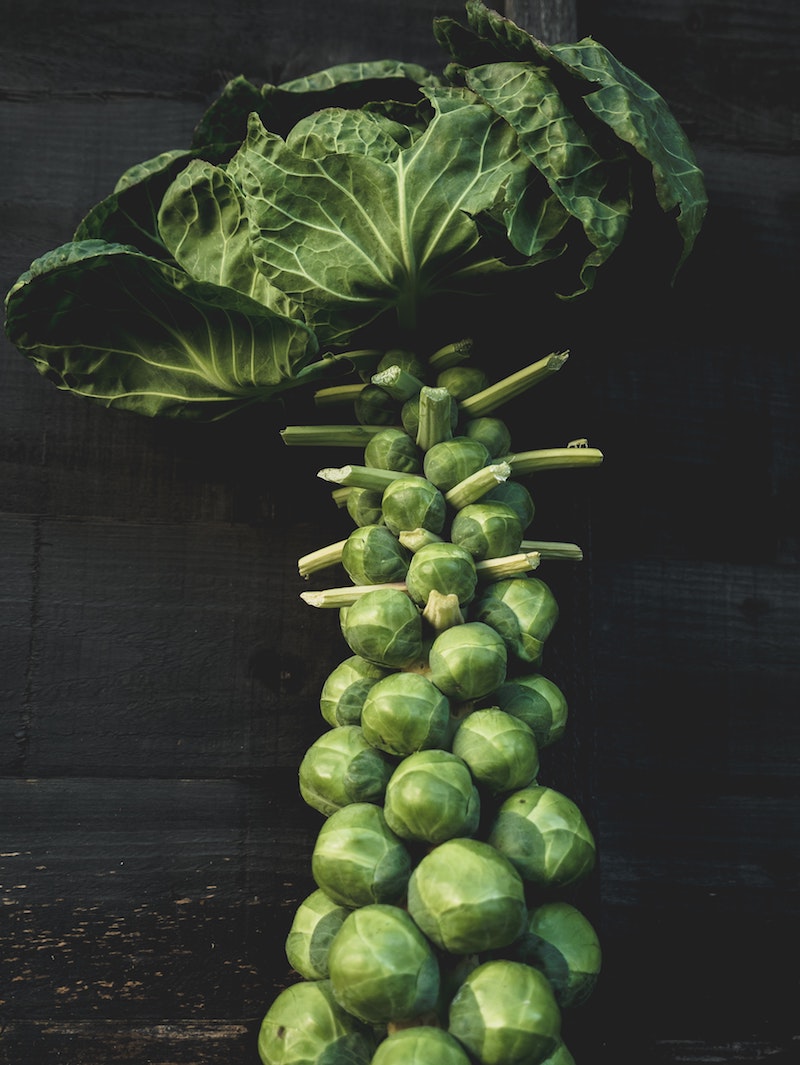 Brussels start maturing from the bottom upwards. That’s why you should start picking from the lowest sprouts first. You want to pick them before the buds start to turn yellow and begin to open. They should be firm, bright green, and about 1 to 1.5 inches in diameter. Snap them off with a sharp downward tug. Make sure to not harvest all the sprouts at once. This is because all the sprouts on the stalk do not mature at the same time.

The sprouts should be firm, bright green, and about 1 to 1.5 inches in diameter 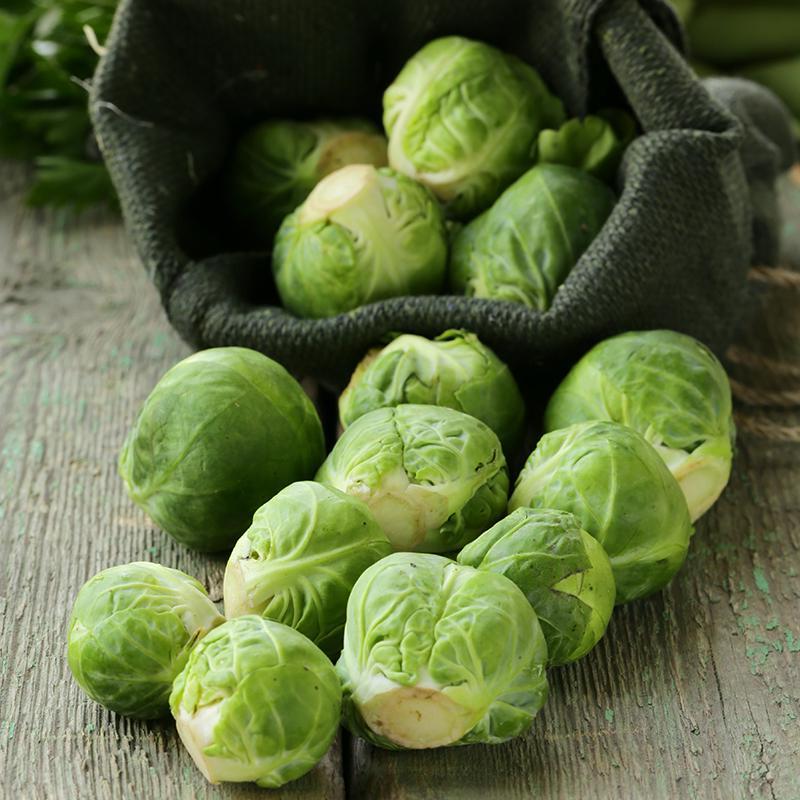 Washing the sprouts before storing them is a big no-no. Wash them right before using them. You can keep freshly picked brussels in a plastic bag for up to five days. But they must be kept in the refrigerator. After a moderate frost, you can pull up the entire stalk and hang the stalk upside down in a cool, dry basement or garage or barn. This way they can stay fresh for about a month.

Keep in a plastic bag in the refrigerator 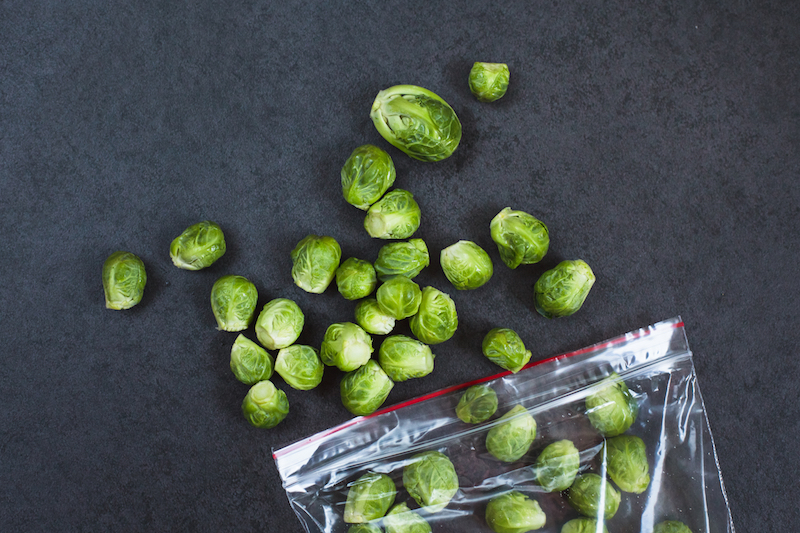 If you want to check out a visual guide on how to grow brussel sprouts, check out this great complete guide on YouTube.

We hope you found everything you need on how to grow brussel sprouts, how to plant them, how to harvest them, and how to store them. Now you go on and grow your very own delicious tiny cabbages.

How to grow brussel sprouts 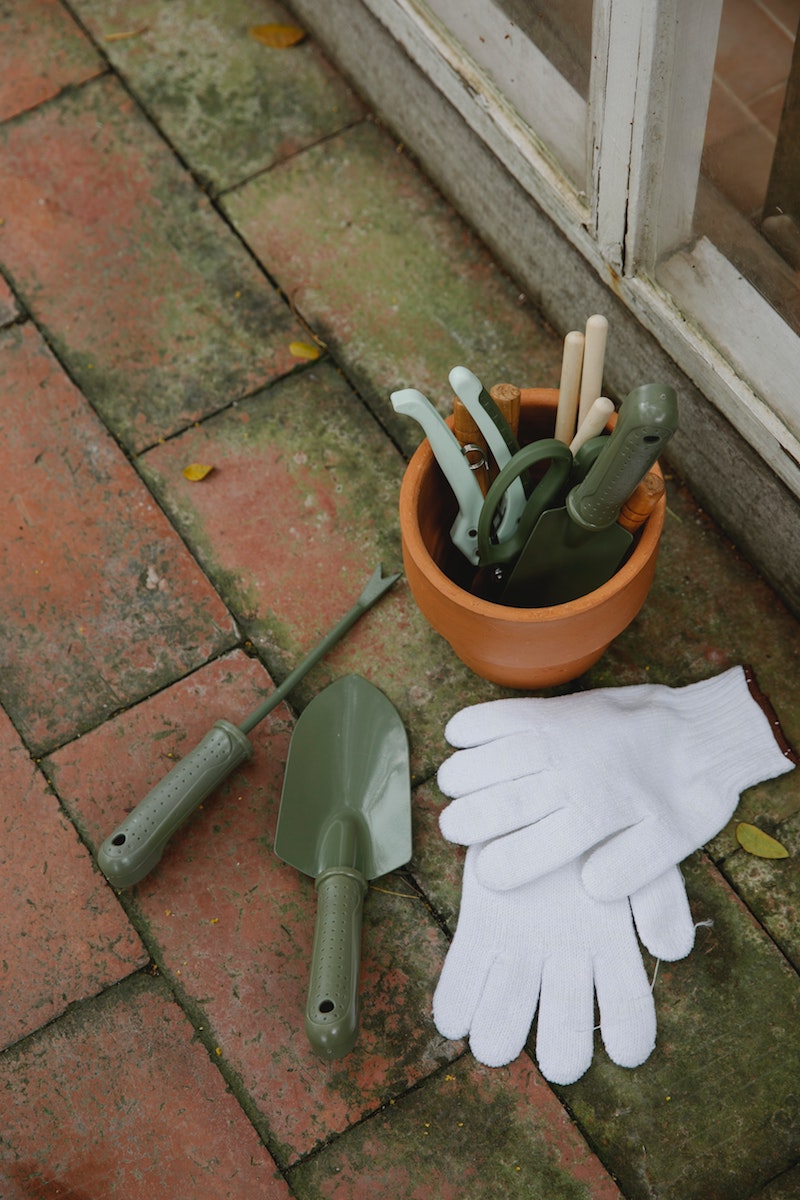 5 Houseplants That Will Protect Your Home From Negative Energy

5+ Common Mistakes That Are Killing Your Houseplants

When and How To Prune Lavender The Right Way, According To Gardeners

How to grow an orange tree from seed: Complete Guide

Cool Plants You Need in Your Home: 8+ Unusual Options

How to get rid of ants in our garden and our home: An Easy Guide 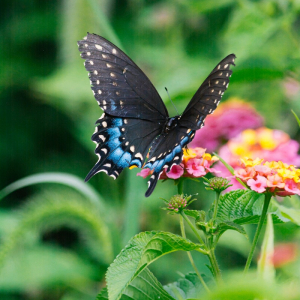 Want to attract butterflies to your garden? Plant these 10 aromatic flowers 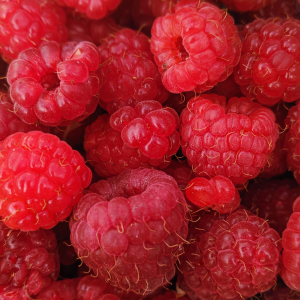 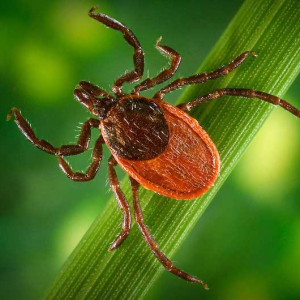 3+ Plants Guaranteed To Repel Ticks From The Garden 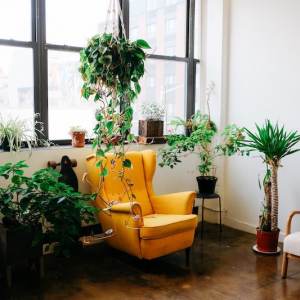 7+ Lucky Plants To Add To Your Home For Good Fortune