Gluten is pretty much everywhere, so having gluten intolerance can be quite the pain. After eating food with gluten, do you feel gassy, bloated, and tired? If yes, then these are just some gluten intolerance symptoms you may be dealing with. While gluten intolerance is not the same as celiac disease or a wheat allergy, it still affects around 6% of the U.S. population. It’s something that causes you extreme discomfort on the daily. It’s important to understand if you have a gluten intolerance, so you can start to change your lifestyle in such a way that this won’t hold you back.

Gluten is pretty much everywhere Gluten is a protein found in many grains such as wheat, barley, rye and more. Its name comes from the Latin word for glue as gluten is what gives the sticky consistency when flour and water get mixed together. Gluten can be found in a ton of common foods, as well as cosmetics, certain medications and vitamins.

Gluten is a protein found in many grains How Can You Tell The Difference Between Celiac and Gluten Intolerance?

It’s a common misconception that these two things are the same. However, they are quite different. People who have celiac disease have an autoimmune response when consuming gluten. This means that their bodies think of gluten as a virus and try to fight is as such. This causes damage to the digestive tract as well as inflammation. While gluten intolerance (also known as non-celiac sensitivity) is a far less severe condition. Gluten intolerance doesn’t involve the immune system at all and cause non damage to the gastrointestinal tract. However, its symptoms, some of which overlap with celiac disease, can cause a lot of discomfort. Pretty much anyone can have a gluten intolerance. However, it is more common in women. While some people may be born with it, others can develop it later in life. Scientist are still not entirely sure what causes this. If you notice any of the following symptoms it’s best to talk to your healthcare provider to run some test and find out if you have an intolerance, a wheat allergy or celiac. From there you can start to change your diet and find relief.

Bloating is the feeling of your stomach feeling like it’s full of gas. This uncomfortable feeling is common and can have many causes, however it is also a sign of gluten intolerance. A study shows that at least 87% of people who had suspected gluten intolerance suffered from bloating. You can try to reduce bloating, however if it is caused by gluten, it’s best to keep track of what foods cause these symptoms and avoid them. While getting either from time to time is completely normal, it is a cause for concern if you experience them on the regular. For people who are sensitive to gluten, consuming such foods, will often trigger these digestive issues. However, for people with such a sensitivity diarrhea is more often than constipation. Stomach pain and discomfort is one of the most common symptoms you will experience if you have a gluten intolerance. While abdominal pain is common and can have a ton of explanations, if it’s happening too often and after eating gluten food, then it’s most likely an intolerance. Up to 83% of people with non-celiac sensitivity experience this pain after eating gluten. Many people experience headaches and migraines. However, while it is a common condition, studies show that people who are gluten-intolerant are more prone to migraine episodes than other people. So, if it seems you constantly get migraines without a cause, this may be due to a gluten intolerance.

Many people experience headaches and migraines Wondering why you are always feeling tired? Gluten may be the culprit. While feeling tired isn’t directly linked to any condition, if you are constantly feeling fatigues, then you may want to explore if there is an underlying cause. If you feel most tired after eating gluten foods, then it might be the cause.

Tiredness can be caused by gluten if you have an intolerance Studies show that people who have a gluten intolerance are more prone to suffer from depression and anxiety than people without any underlying conditions. Many people report their mental health does get better when cutting out gluten. Gluten exposure when you are intolerant can cause inflammation in the body. This results in widespread pain, which includes the muscles and joints. You may also experience leg numbness.

Gluten exposure when you are intolerant can cause inflammation

This generally refers to not being able to think clearly. Having a cloudy feeling in your brain, being mentally fatigued, often forgetting things, having difficulty thinking as so on. These symptoms affect around 40% of gluten intolerant individuals.

Brain fog is a common symptom of gluten intolerance Here are some of the main common sources of gluten when it comes to foods:

Common donuts are not gluten-free Now you know the difference between celiac and gluten intolerance 5 Surprising Foods Believed to Have Magical Powers in The Past 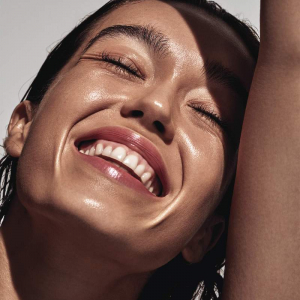 How to be pretty: 20 Subtle tips to enhance your inner beauty & radiance 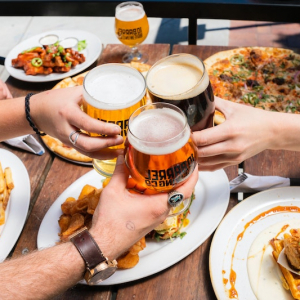 The 5 Best Destinations For Food Lovers How To Clear Your Sinuses Fast: 7 Natural Remedies Do You Know These 8 Interesting Facts About Coffee?