Cleaning, organizing and getting rid of stuff aren’t some of the most fun activities, but they are essential to keeping your home feel nice, cozy and tidy. We understand that decluttering can often feel overwhelming and hard. However, it doesn’t have to be that way. Common mistakes can sometimes make the process much harder than it should be. But you can easily make it go along smoother and quicker as long as you know what you are doing. That’s why today we are going to show you some common decluttering mistakes you should avoid and how to fix them.

Cleaning, organizing and getting rid of stuff aren’t some of the most fun activities 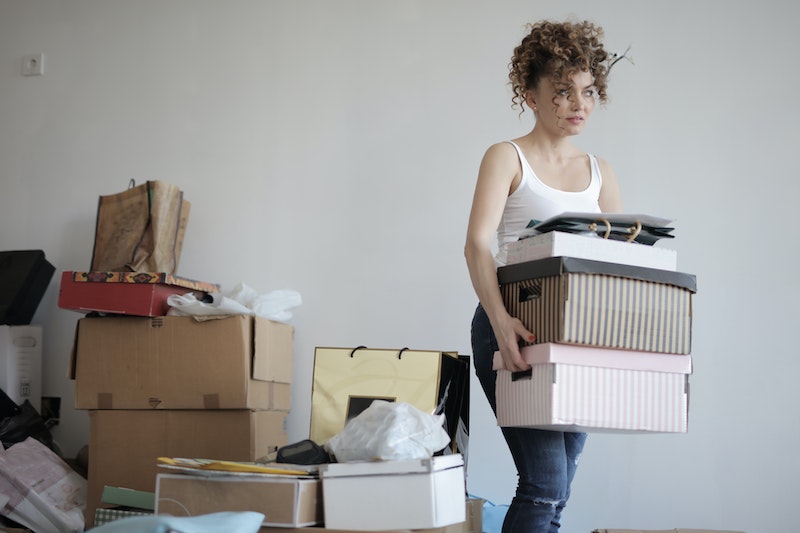 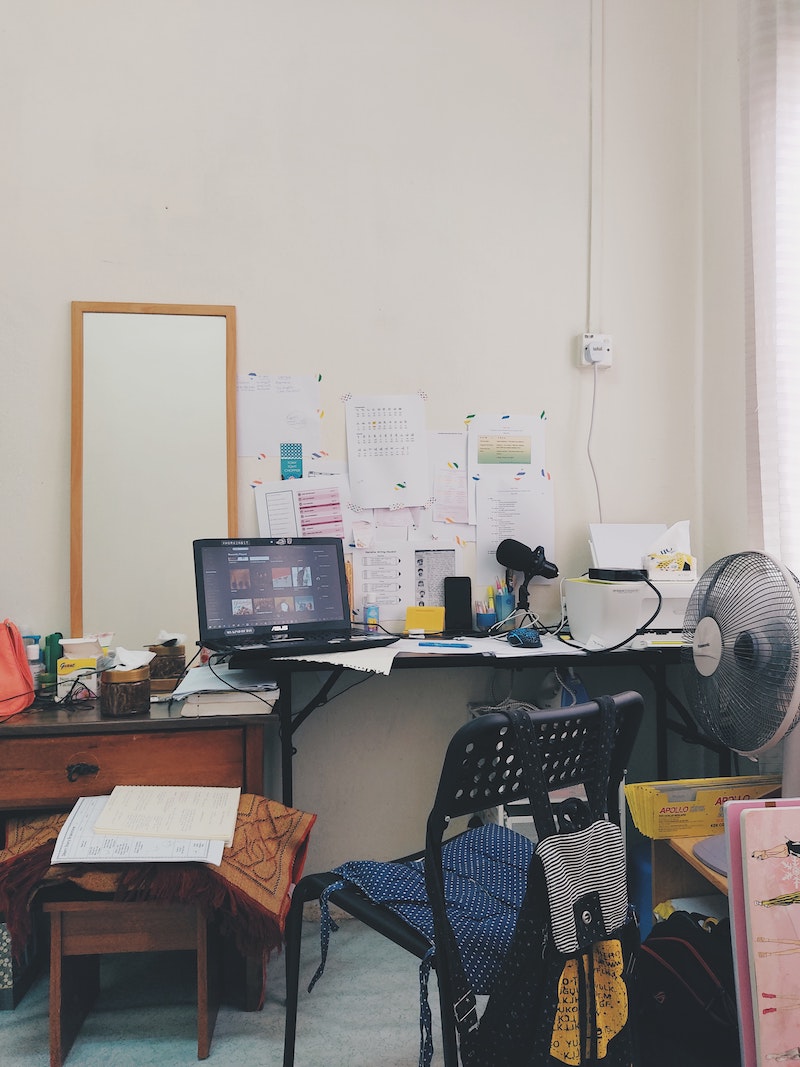 This truly is one of the most common decluttering mistakes you can make – starting without a goal in mind. Getting sucked right in the midst of decluttering might seem the right way and the most productive, it’s actually quite the opposite. This will leave you feeling overwhelmed and have you wondering is it even worth it. In order to avoid this, you’ll need a game plan. Nothing elaborate. Just ask yourself what you want to achieve with this decluttering, which room requires the most decluttering? Focus on one space at a time and one item at a time. Don’t start decluttering old toys and suddenly go to rearrange the kitchen drawers. 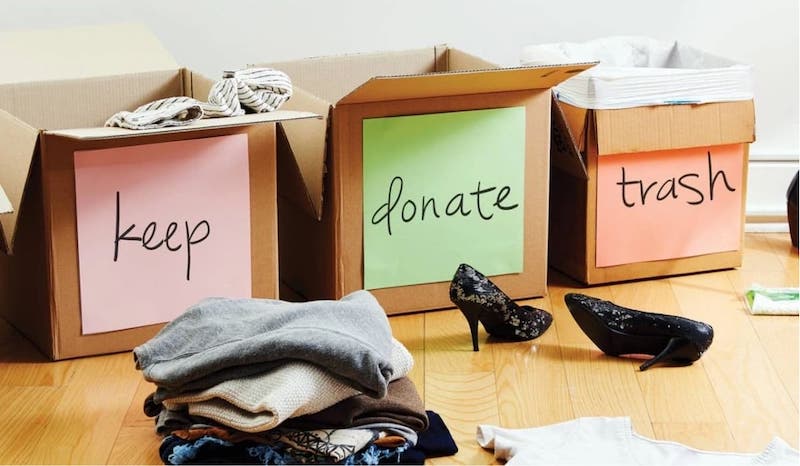 Another mistake people often make is to start organizing before they’ve finished decluttering. While these two things often go hand in hand, it’s good to keep in mind that they are not the same thing. There is such a thing as organized clutter. You need to first declutter and get rid of everything you don’t need and then start to organize the rest. 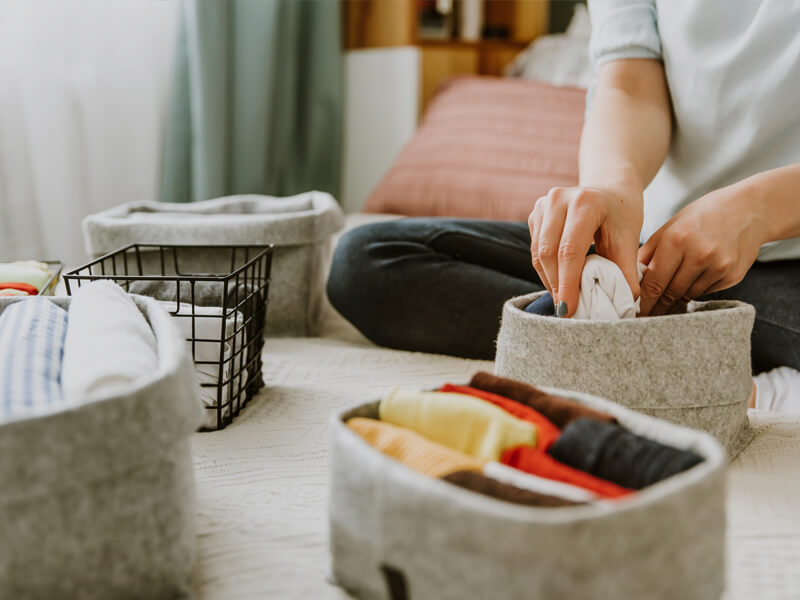 It’s really hard to not get sentimental when you are decluttering. Whether it reminds you of a memory or it’s an old childhood toy, we’ve all got things we wouldn’t like to part with and that’s more than fine. Decluttering doesn’t mean you have to get rid of everything you love. But keeping on to everything just because it reminds you of some things isn’t the way to go. Don’t forget that your home is not a museum and memories live in your mind, and not in objects. Try to limit yourself when decluttering to one box of things you can’t bear to part with. 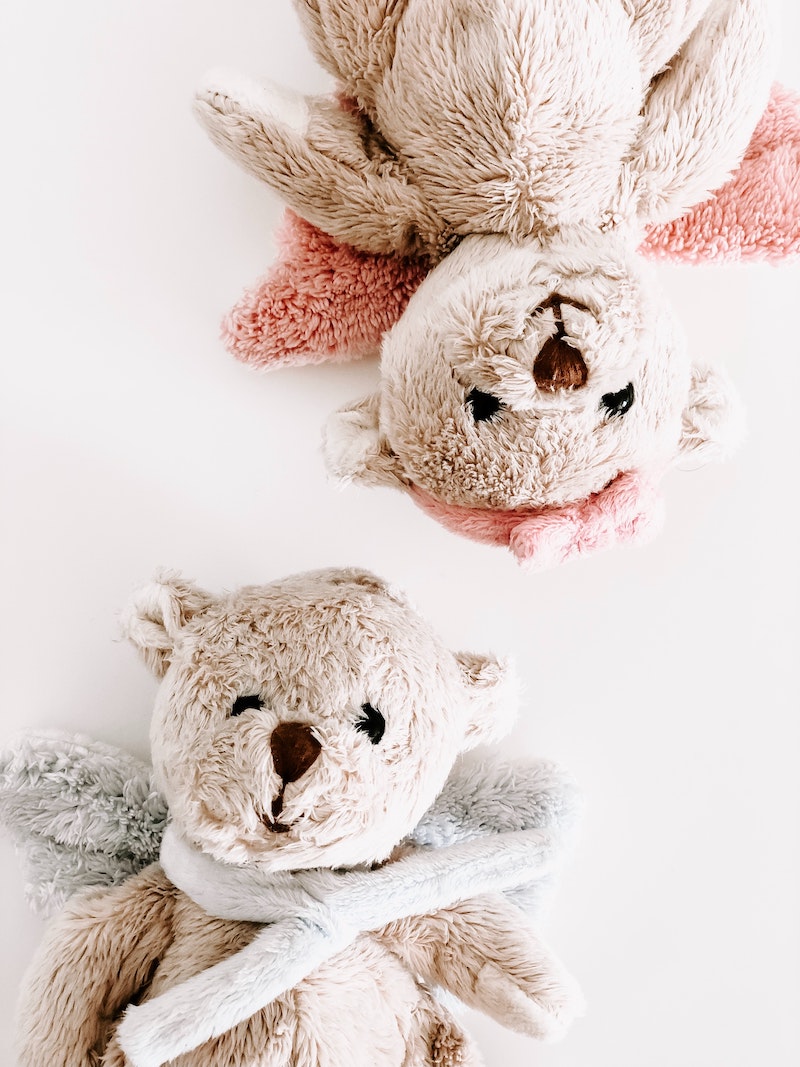 We are all guilty of this. But it’s finally time to stop keeping things just in case. While you may not want to feel guilty for throwing something away and then needing it “someday”, it’s more likely than not that you will never use this item. So, try to think rationally. Will you ever use this item? Have you used this item in the last half month or the last year? If the answer is no, then toss it out. 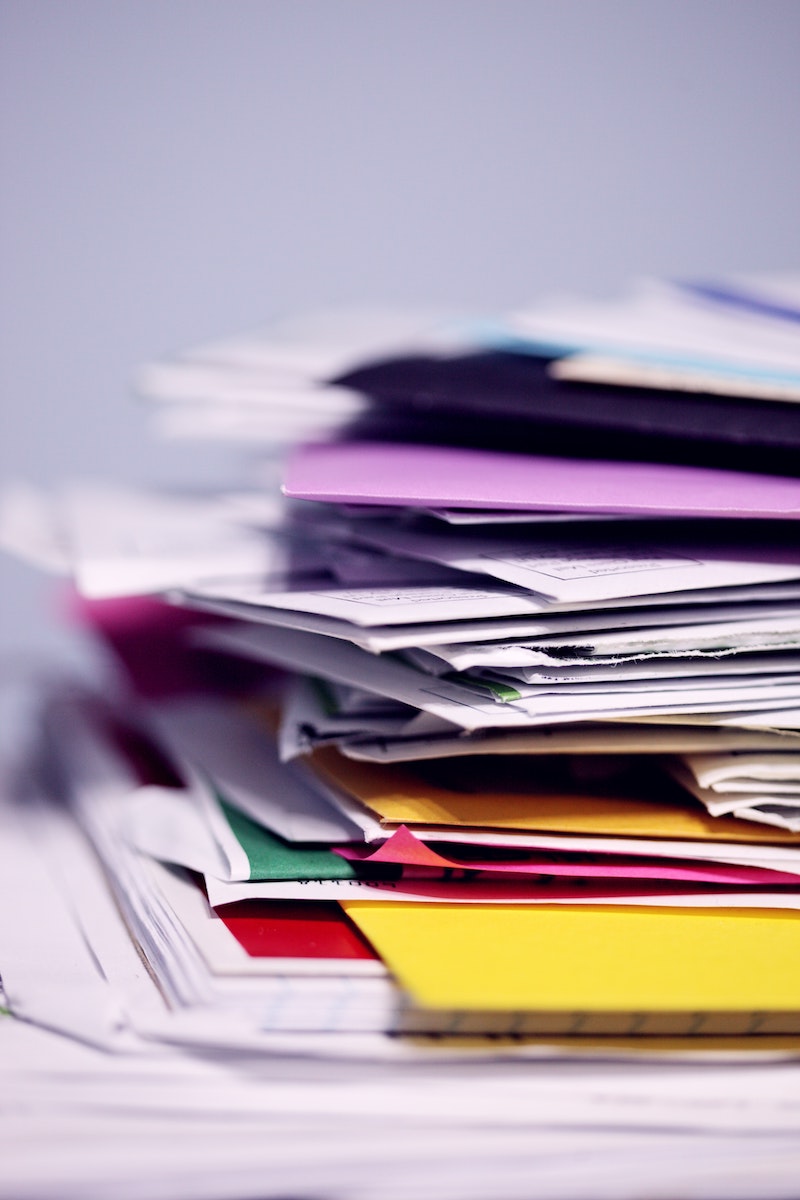 Decluttering for other people, including your own children, is a big no-no. While it may be stressful to live with other people’s clutter, especially if they are especially if they are messy. However, it’s better to not touch people’s things without permission. While something may look like clutter to you, it may hold sentimental value to its owner. Make sure to involve the person whose stuff you want to declutter, including children.

Decluttering for other people, including your own children, is a big no-no 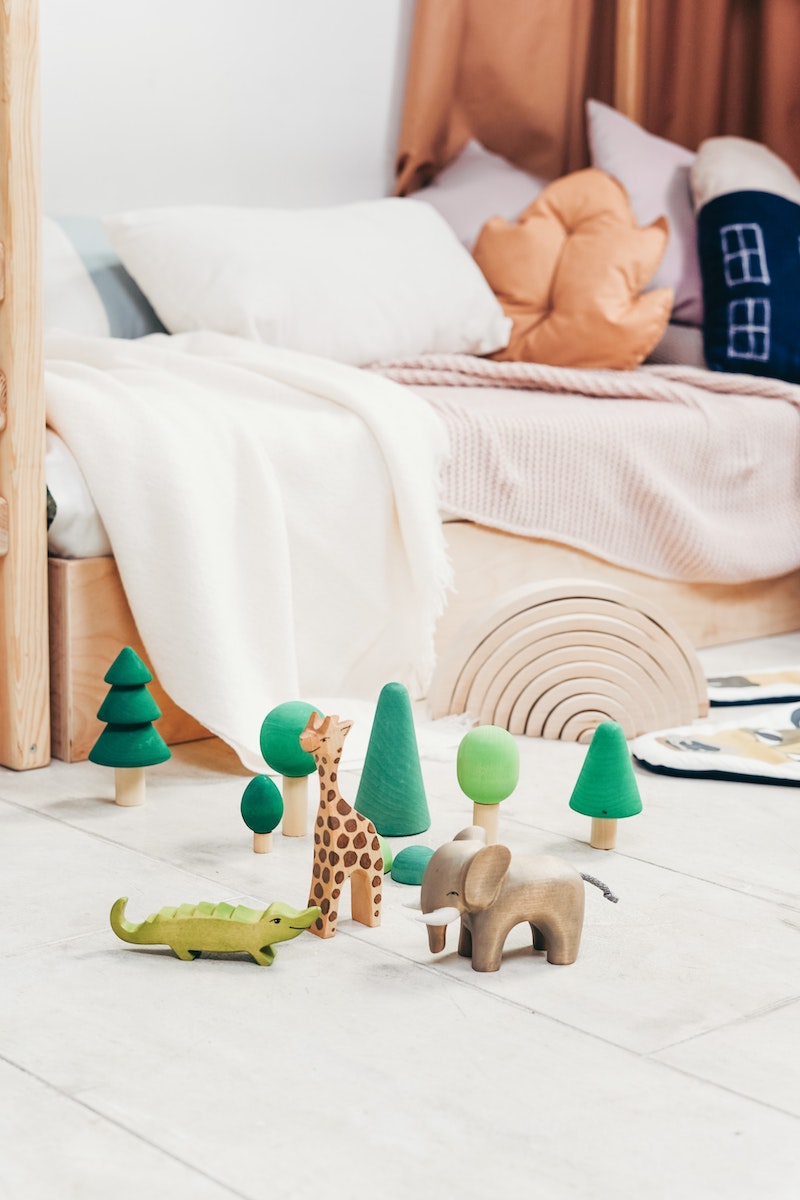 These were some common decluttering mistakes that you may be making and how to fix them. We hope you found this article useful. Now you can enjoy e clutter-free, tidy space without spending too much time on it.

These were some common decluttering mistakes 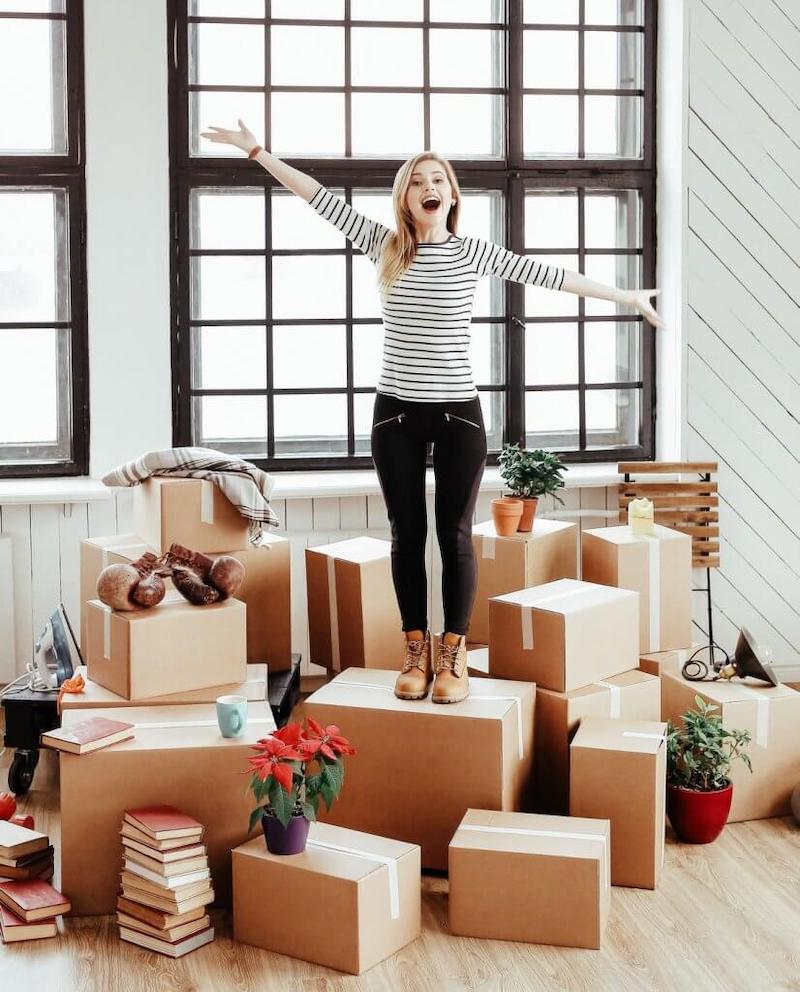 Does My Dog Love Me? 7 Proven Ways Your Dog Says “I Love You”

10 Egg Substitutes You Can Use In Baking Recipes (vegan-friendly)

Best Ways To Use Citric Acid For Cleaning At Home

How To Organize Your Home In 30 Minutes or Less: 5 Tips From Professionals 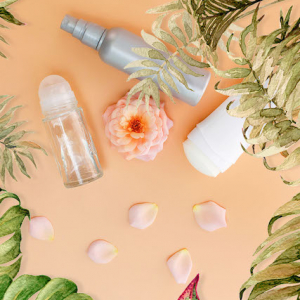 The Best Natural Deodorant You Will Ever Make: 5 DIY Recipes How To Clean A Monitor The Right Way (3 Easy Steps) 7 Foods You Should Always Eat RAW For Maximum Benefits