Ah, the good old freezer. Saving us every time we make too many leftovers that we cannot finish in time. Nevertheless, many foods that we put in the freezer should not actually be there. Why? At best, they will lose their nutritional and taste properties, and at worst, they could carry infections and diseases. And, no one wants to put their family in danger because of that. That is why it is important to know which foods can go in the freezer with no problem, and which foods you should never, ever put in a freezer. So, let’s see which are these 11 common foods:

There are some foods that you should never, ever put in a freezer Foods You Should Never Put in a Freezer

This is an ideal breakfast food that should not be left in the freezer. And neither should you freeze foods that contain eggs. The problem is that the shell of the egg can crack from the expansion of water, thus opening access to the bacteria that inhabit the surface of the shell. But even if the eggs remain whole, you still can’t eat them – after freezing, the whites take on an unpleasant rubbery texture. So, save yourself the trouble, and don’t put eggs in your freezer.

When boiled eggs are put in a freezer, they become prone to bacteria True connoisseurs of this exquisite drink advise against keeping airtight packages of coffee beans in the freezer. There they will not only spoil but also lose their authentic taste and aroma. What’s more, as soon as the package is opened, the coffee beans collect condensation, making them soft and with different smells.

If you are a true coffee lover, coffee beans have no place in your freezer Practically all fried food dishes, be it fried potatoes or mouth-watering chicken nuggets, turn to mush and lose their taste qualities after being stored in a freezer. For example, fired potatoes become soft and no longer crispy. What’s more, they can even acquire an unpleasant gray color. Did you know that pasta in the freezer turns into an unappetizing, sticky dish? And it doesn’t matter whether you have made pasta from hard wheat or soft varieties. Ready-made pastries, pasta, and baked goods should not be frozen ever. The dough loses its elasticity, crispness, and fluffiness. What’s more, it becomes soft and crumbly.

Ready-made pastries, pasta, and baked goods should not be frozen ever Freezing fresh yogurt changes its consistency and turns it from a delicious dairy product into a pitiful resemblance of cottage cheese. And when the yogurt is thawed, the whey and cream separate. Almost the same thing happens when you freeze cottage cheese and cream. When freezing yogurt, the beneficial probiotic bacteria inside of it do not perish, and this is excellent news. The bad news is that the yogurt itself becomes nutritionally unfit. This mistake can only be made once, according to people who have already made this mistake. People who have decided to chill a bottle of soda in the freezer before know exactly what will happen. It is simple – the plastic bottle will explode, and the sweet drink will spill and spoil the taste of the products that are next to it. Remember the golden rule – meat can only be frozen once. If the meat has managed to thaw during a sudden power cut, it is best to cook it immediately. Even partial thawing activates bacterial activity. This leads to contamination of the meat and loss of its quality and taste. In addition, re-frozen meat loses the juiciness that we all love.

Remember the golden rule – meat can only be frozen once Many modern mothers rely on the freezer when they need to store their breast milk for long periods of time. People who stock up on homemade fresh milk in large quantities also use the freezer as a way to preserve this fresh produce for a long time. However, milk should not be frozen because its water and protein molecules separate at freezing temperatures. Therefore, the milk will lose its qualities and taste after defrosting. Potatoes contain large quantities of water in their composition. Therefore, they soften after freezing and then defrosting. In addition, they do not taste the same at all after they have been chilling in the freezer for a while. Sauces and mayonnaise, specifically, should not be frozen. Usually, when thawed, they curdle, making them completely useless. Sauces containing flour or cornstarch are particularly inappropriate for freezing. The same happens if you try to freeze creams or icings from egg whites.

Sauces, especially ones with flour and eggs, have no place in your freezer because they curdle Cabbage, lettuce, and other salads and green leafy vegetables cannot be stored in the freezer. Especially, if you want to keep the vegetable whole after thawing. Not only will the leaves wilt quickly, but they will also lose their fresh flavor. Now you know which common foods have no place in your freezer! 10 Surprising Foods You Can Actually Freeze & Use Every Day

10 Unexpected Foods You Should NEVER Store In Your Pantry

10 Most Dangerous Things in Your Kitchen (you need to be careful with!)

10 Simple and Effective Tricks To Save Time in The Kitchen 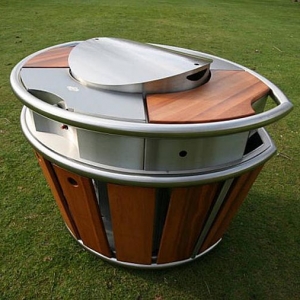 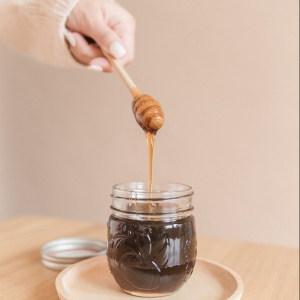 8 Common Foods That Have NO Expiration Date 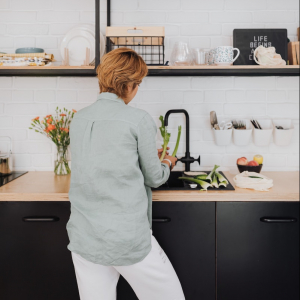 5 Foods You Should NEVER Wash Before Cooking 10 Most Dangerous Things in Your Kitchen (you need to be careful with!)