While you might have the urge to swat any bug that enters your home, it’s best to think twice before swatting any pest that seems unfamiliar. This is because you may have stumbled across a stink bug. These shield-shaped pests emit a horrible smell when bothered. The odor is to help deter predators, but the worst part is that it also attracts even more of these bugs. Stink bugs can appear nearly all year round and are a real pain when they start hanging around in your house. Whether they are seeking for shelter during the colder months or have decided to intrude in your garden, they are not a pleasure to have around. Nobody wants to have a foul odor lingering around. And oh boy, does the odor linger. So, let’s see what we can do on how to get rid of stink bugs.

These shield-shaped pests emit a horrible smell when bothered How To Get Rid of Stink Bugs

The most common form of stink bugs that terrorize the home are a brownish/gray color with little patches of copper or blue on the heads. These shield bugs have little straight antennae sticking out and can be easily recognized. So, when you encounter one, be careful to not activate its stench. Because if you kill it and the odor hits, it will attract even more of these pests. Here are some steps you can take on how to get rid of stink bugs. 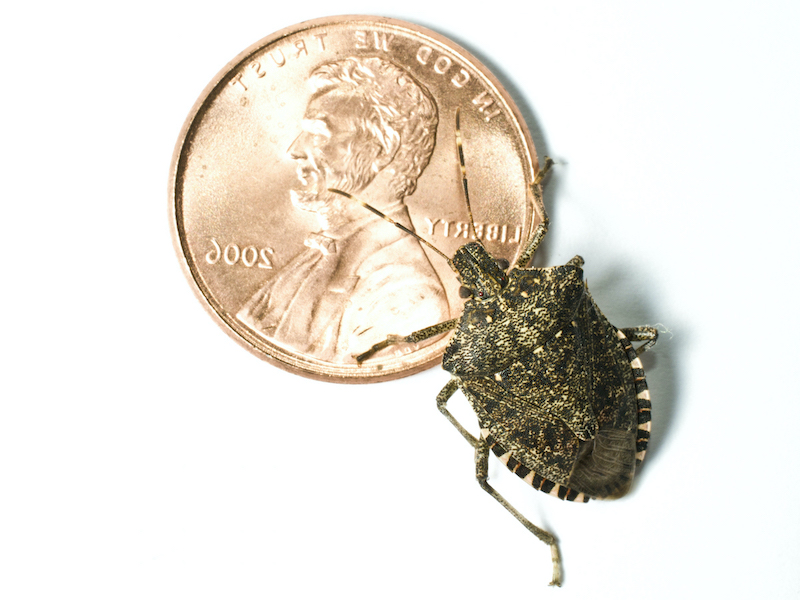 Stink bugs can get inside through pretty much any possible entry point. This includes any openings and cracks. Make sure to check out parts of your door and window frames for any cracks, as well as wood sidings. There may also be entry points around outlets and light fixtures. Add screens to your windows, door-seal kits and use caulk to seal up any cracks. 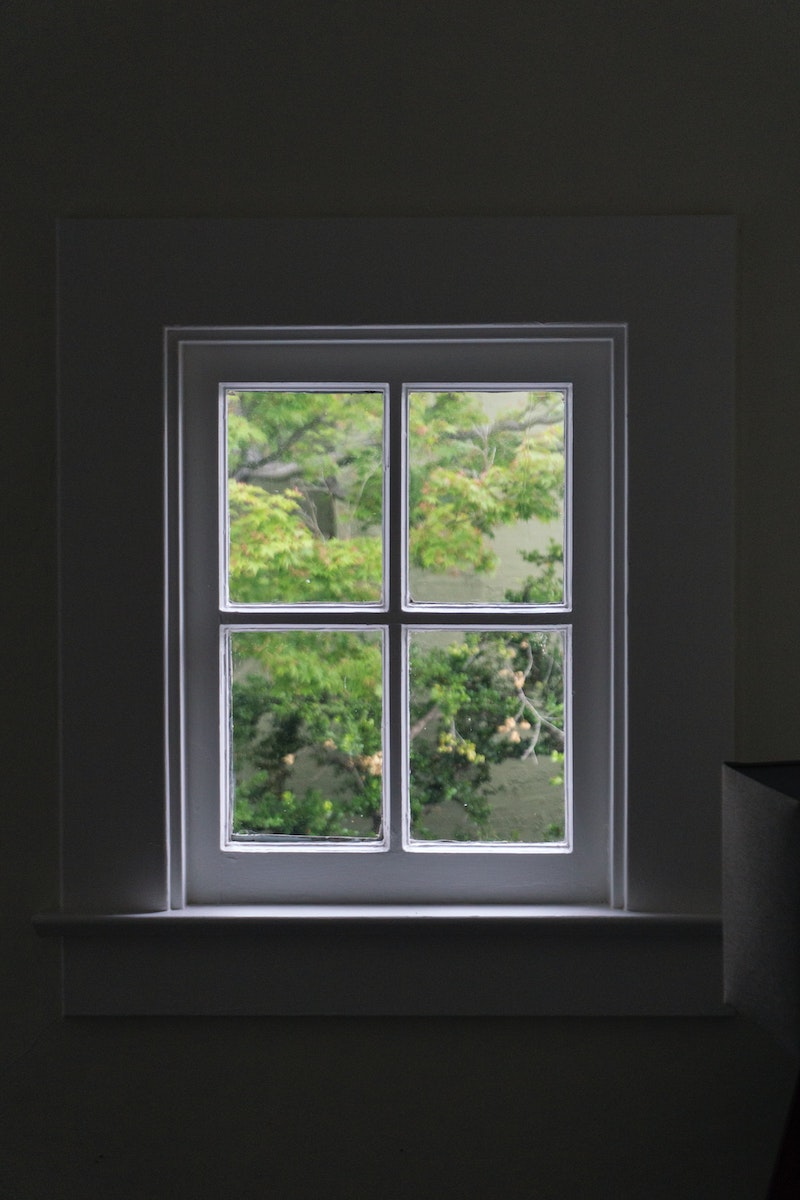 Like many bugs, these pests are also attracted to light. Especially outside porch lights, so make sure to turn them off. However, if you need outside lights swap out your bulbs for yellow ones, or sodium vapor lights. Bugs find these types of lights much less attractive. Try to also pull down your blinds during the evening, so as little light as possible spills out.

Like many bugs, these pests are also attracted to light 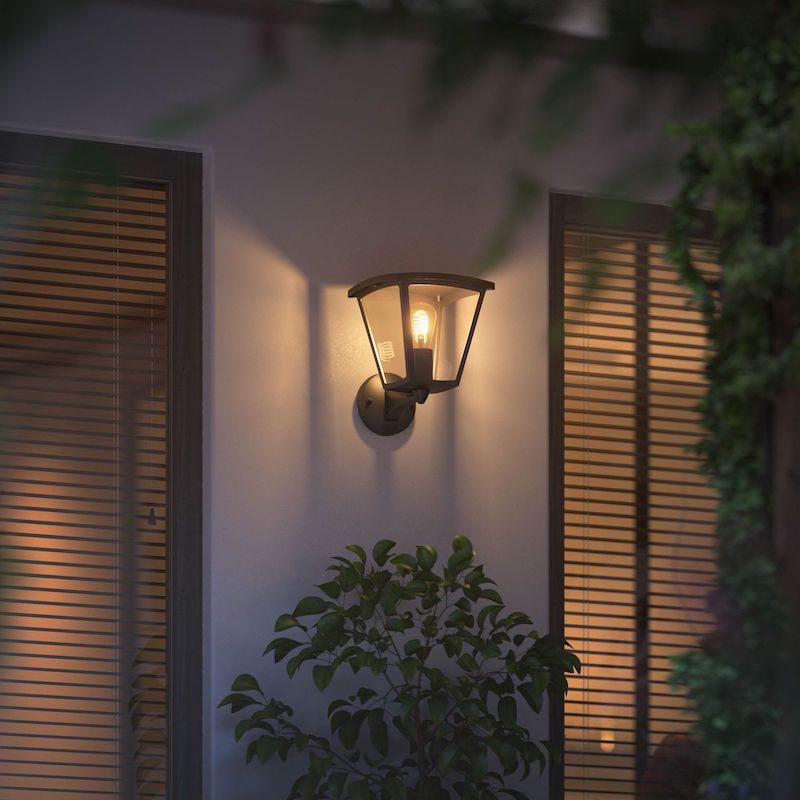 Get Rid of Food

Like gnats, stink bugs love their overripe fruits, garbage disposals and trash cans. So, a way on how to get rid of stink bugs is to dispose of any food sources. Make sure to always keep your food in sealed containers or places, such as the fridge. Wipe down the counters if you spill anything and make sure to regularly dispose of the garbage.

Make sure to always keep your food in sealed containers 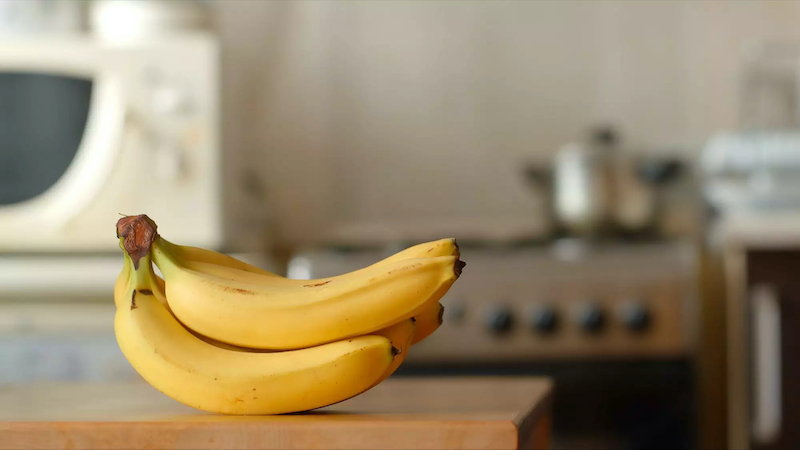 These little pests love moisture. This means you’ll need to get rid of any moisture build up that may have arisen around the home. This includes a clogged sink or a leaky pipe. Call a plumber if the leak is too big to handle on your own.

These little pests love moisture, so check for any leaky pipes 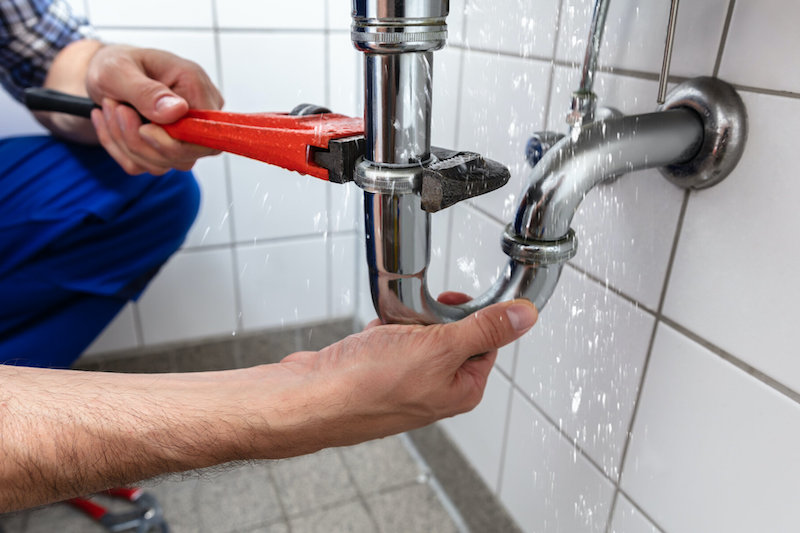 Stink bugs are generally easy to trap, this is because they move slow. Make sure to not touch them with your hand and to not squish them. Use a plastic bag and dispose of them outside.

Stink bugs are generally easy to trap and throw away 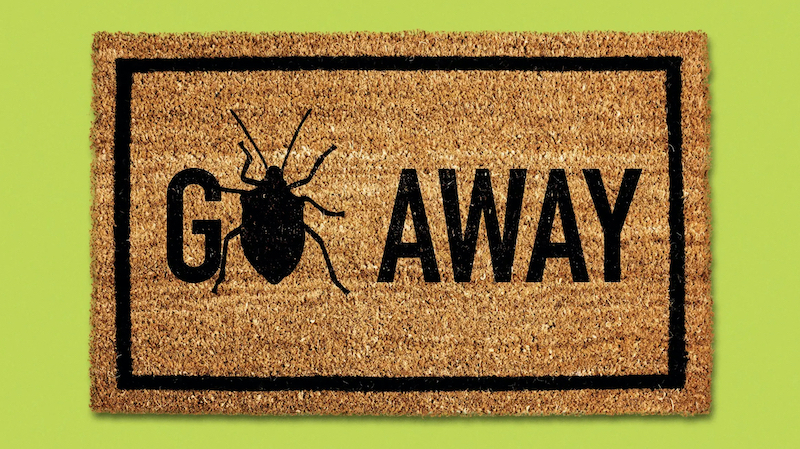 Similar to the method above, you can also use a vacuum. Vacuum up any stink bugs you find. Afterwards, dispose of the vacuum bag immediately in order to prevent the stench from getting everywhere. When a stink bug has died, its smell leaves a strong residue. This residue will be in the bag, that’s why you need to throw away the bag as well. So, don’t use this method if you have a bagless vacuum.

When a stink bug has died, its smell leaves a strong residue 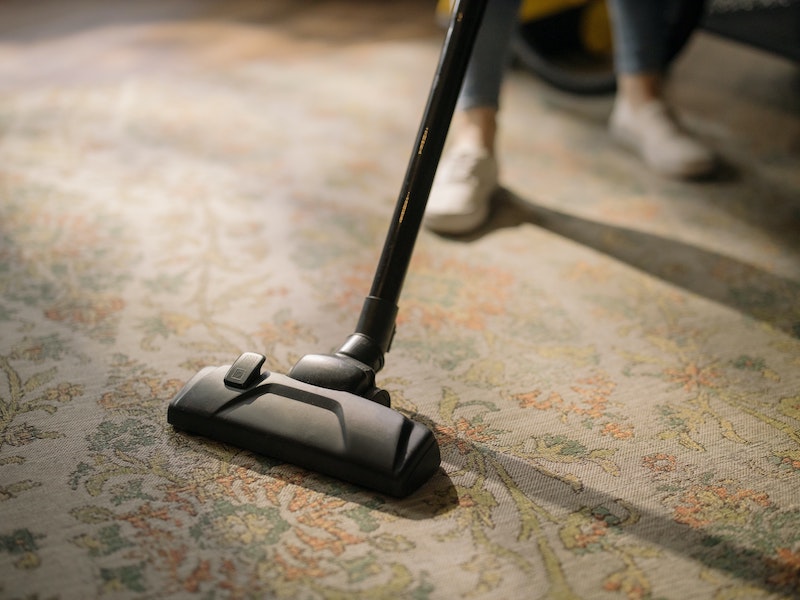 You can make a dish soap trap to catch the bugs. You can do this two ways. Combine half a cup of dish soap, two cups of hot water and one cup of vinegar in a spraying bottle. Then all you need to do is spray the mixture directly onto the bugs or places you know they hang around. You can also mix some dish soap and water and leave it in an open container. When you see a bug flying around, you should quickly knock it into the container. Do this with a glove and do it fast, so the bug doesn’t have the time to emit its stench. 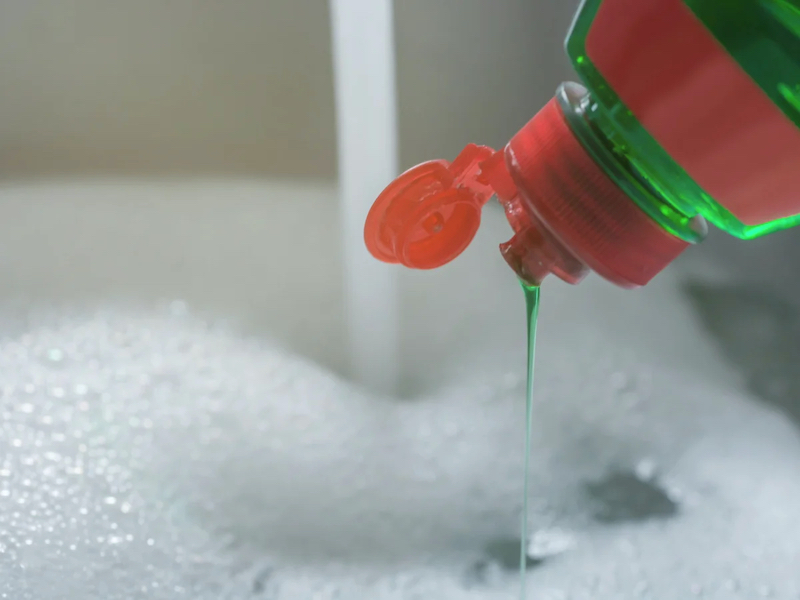 There are some natural repellents that stink bugs hate. Even though they tend to be stinky themselves, these bugs really hate potent smells. You can make spray repellents with garlic. While it won’t kill them, it will deter them, and you can spray it on any surface. Mix at least two cups of water with four teaspoons of garlic powder. But if you don’t want everything to smell like garlic, you can also use mint. Use at least ten drops of mint oil and mix it once again with two cups of water. And just like with the garlic, spray it everywhere. 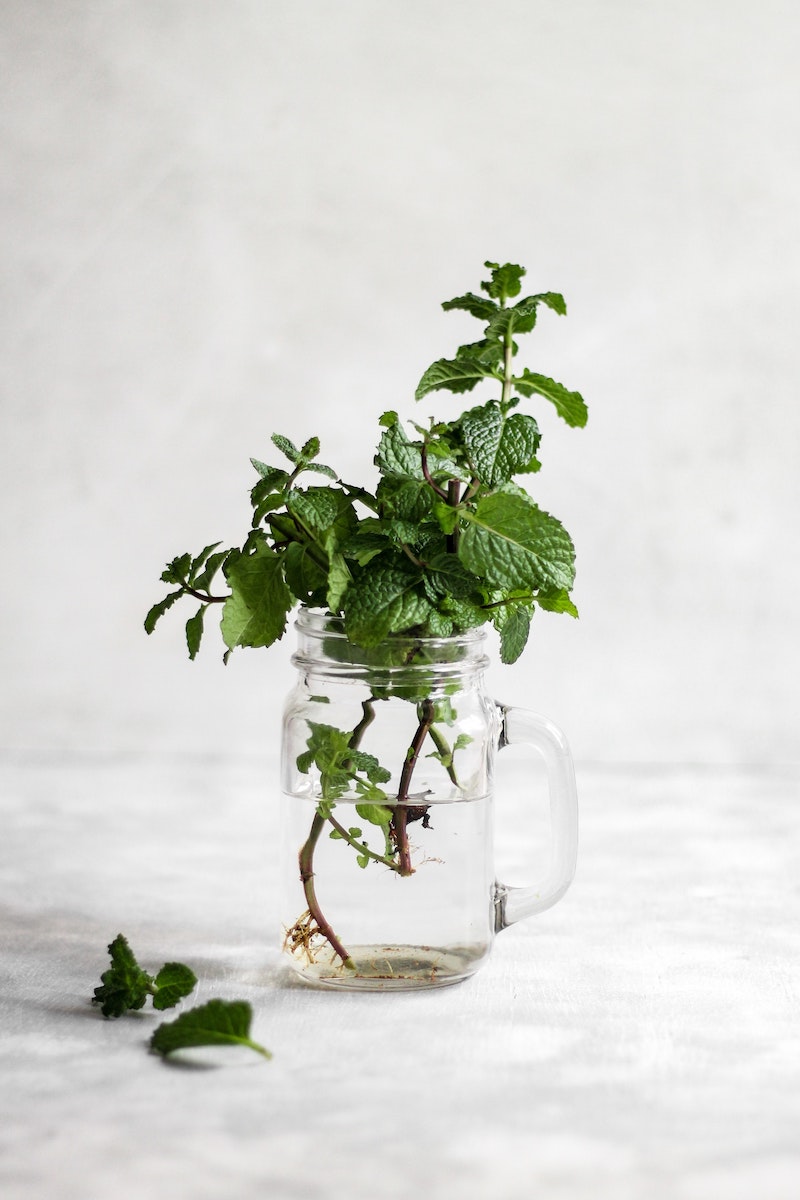 You can use the tobacco in cigarettes to get rid of the stink bugs. All you need to do is shred twenty cigarettes worth of tobacco for every gallon of warm water you decide to do the mixture in. Let this mix sit overnight, and then strain all the tobacco out in the morning. After you’re left with the tobacco water, add around two tablespoons of some dish soap. Mix well and transfer to a spray bottle. This mixture kills the stink bugs in seconds.

You can use cigarettes to get rid of the stink bugs 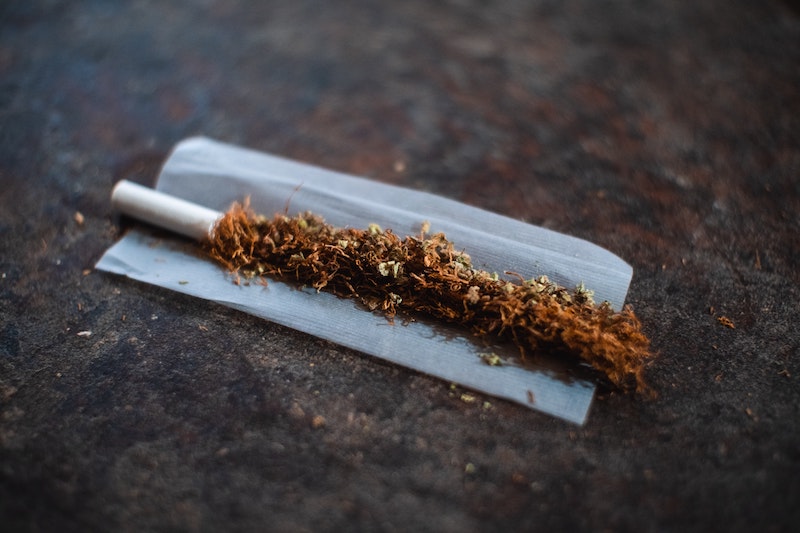 A bug zapper is an easy solution to any bug problem, really. It can work wonders to lure pests in and get rid of them. This includes stink bugs. However, since the electricity zaps the bugs, and they die in a split seconds, no stink residue occurs. However, with this machine you need to remember, just like most household appliances, you need to clean it from time to time. This will help it be efficient and catch all the bugs.

Bug zappers are effective against many pests If you feel like you’re seeing a lot of stink bugs, particularly around the garden, there are some ways to use  natural repellents. Stink bugs lay a lot of their eggs on garden plants, which they also enjoy snacking on. That’s why you can try spraying your garden plants with a type of mineral clay called kaolin clay. This spray will stop the bugs from laying any eggs and eating them. And the best part is that this clay is safe both for the plants and for humans. So, even if you decide to spray vegetables, it washes off easily. 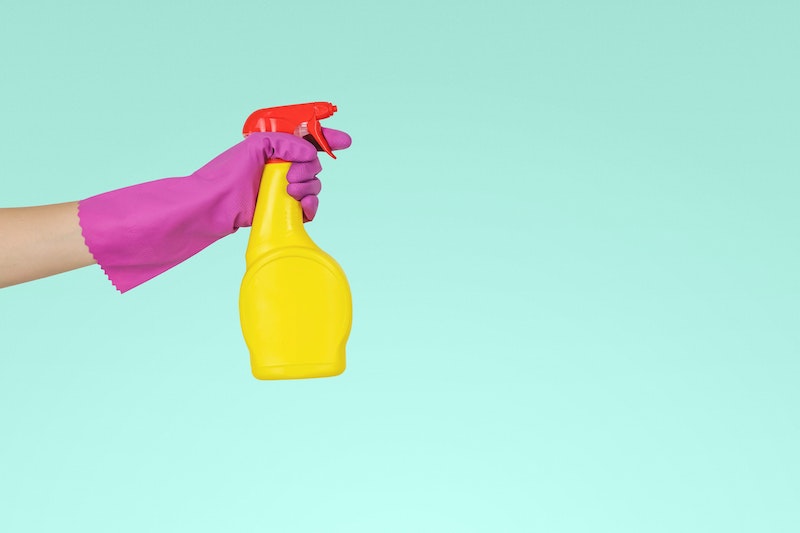 Well, if you’ve tried every thing else, and it failed to get the infestation under control, you can try using chemicals. Most chemicals contain a pesticide known as deltamethrin. This pesticide kills stink bugs and can be used around all entry points. So make sure to spray down the windows, door seals and any point you think the bugs might like to hang out. 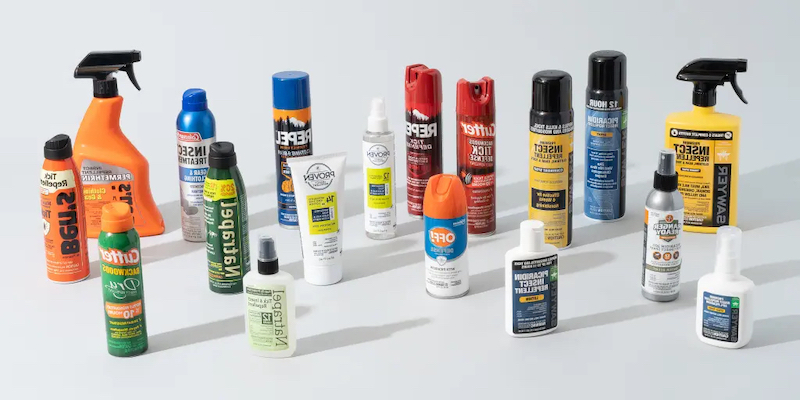 If you feel like the stink bug infestation is out of control, and you can’t seem to get it under control, maybe it’s time to call in the big guns. Search online or ask your friends for pest control professionals. They can handle the situation, and you won’t have to worry about the bugs no more!

Search online or ask your friends for pest control professionals 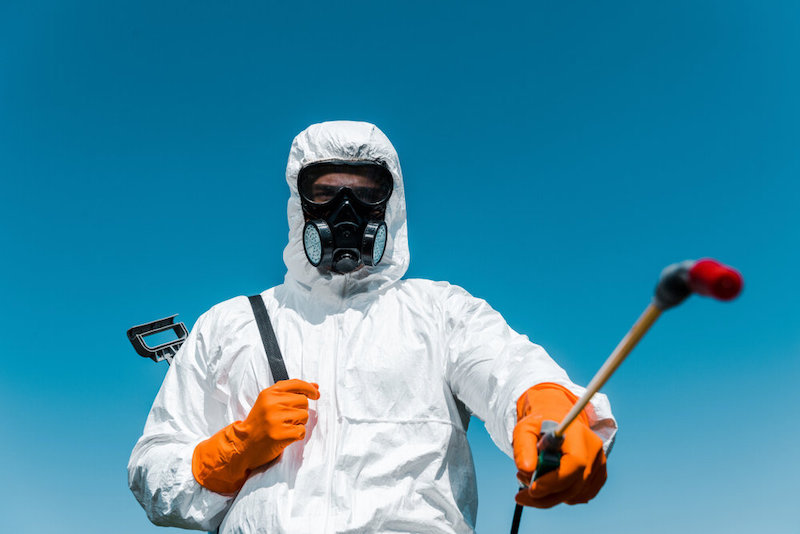 Where Do Stink Bugs Come From?

As we mentioned, it’s stink bug season all around. They enjoy warm temperatures, so you’ll be seeing them in the spring and summer, as well as hiding out in your home during winter. And while it seems that they may appear out of nowhere, there are plenty of factors that attract them. Just like fruit flies, stink bugs are also attracted by overripe fruit. These pests also enjoy plants from ornamental shrubs to wild weeds and vines. They enjoy eating pretty much any part of a plant. So, it’s highly possible there is something of interest in your garden as well. And when they start to seek warmth in your home, they often get stuck. Consequently, creating a small community of stink bugs all around your house.

There are other varieties of stink bugs 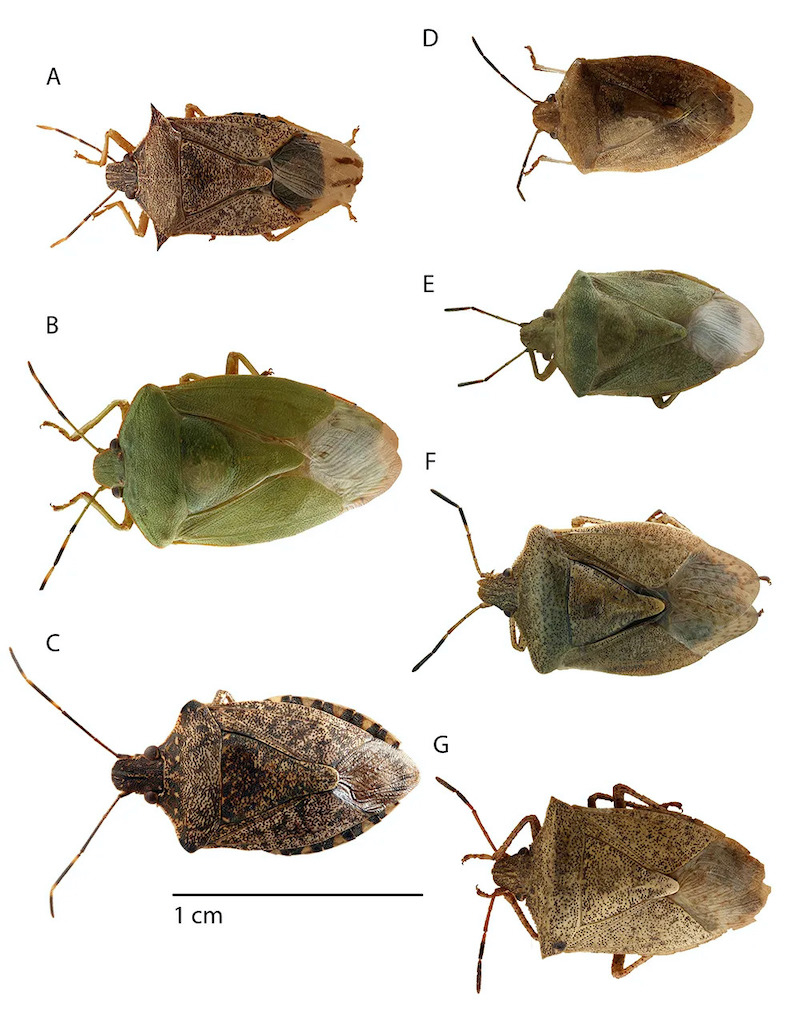 If there’s at least one thing you don’t have to worry about, it’s stink bugs biting, or stinging for that matter. And while they do tend to have the annoying hair of sneaking up on people and sticking to hair and clothes, they are generally harmless. It’s just their smell that’s terrible.

Stink bugs are harmless to humans 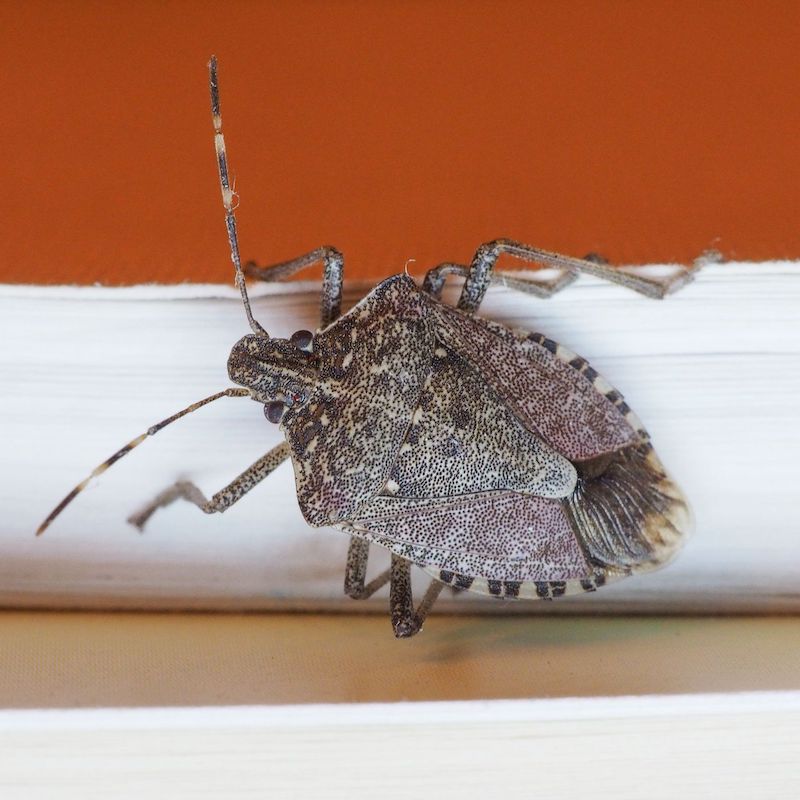 Nobody enjoys having pests in their home, from bed bugs to stink bugs, so it’s best to get rid of them as fast as possible. We hope you found this article helpful! Now you won’t have to worry about stink bugs annoying you anymore.

How to get rid of stink bugs 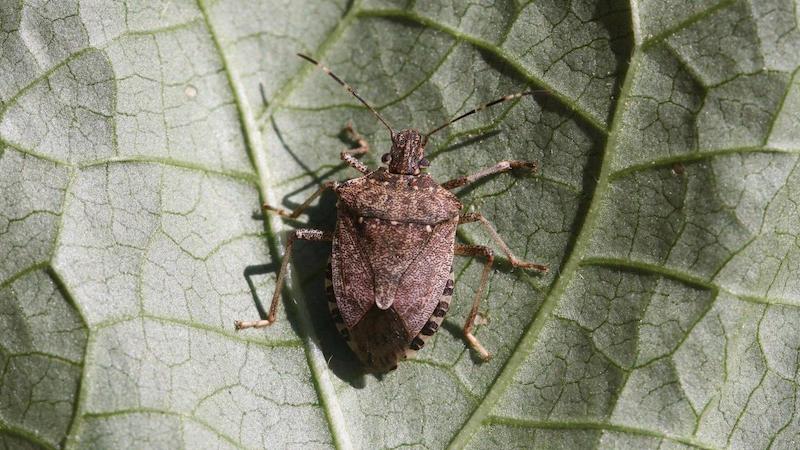 How to Prepare Your Garden For Spring (5 Easy Steps)

How To Get Rid Of Spider Mites – 5+ Effective Methods

The Most Interesting Garden Trends To Expect In 2023

7 Amazing Houseplants That Remove Dust From Your Home

The Best Flowers for Bees: 10 plants that will make your garden a bee-friendly oasis

What To Plant In May: 5+ Delicious Veggies, Herbs and More 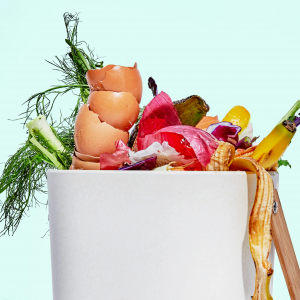 Organic Compost Guide: Tips & Advice for making your own compost at home 5+ Common Mistakes That Are Killing Your Houseplants